Florida Sheriff's Office could be sued over deputy's inaction: experts 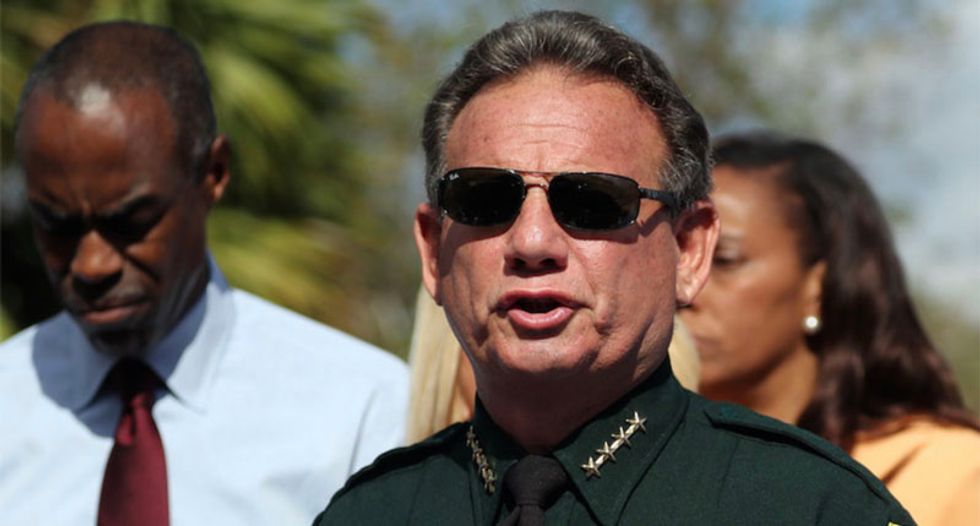 The Sheriff's Office in Broward County, Florida, could be sued over the failure of one of its deputies to enter a high school while a gunman was killing 17 people earlier this month, legal experts said.

Law enforcement officers are generally immune to legal claims over inaction, as courts have held they need to be able to make decisions without fear of liability.

However, the Sheriff's Office and Deputy Sheriff Scot Peterson could fall under a "special relationship" exception because Peterson was specifically assigned to protect Marjory Stoneman Douglas High School in Parkland, Florida, said Timothy Lytton, a law professor at Georgia State University who has written a book on gun litigation.

"The children and teachers justifiably relied on him and his unique level of knowledge to protect them," Lytton said.

The deputy's failure to enter the school during the shooting has added to criticism of law enforcement officials over warnings that accused shooter Nikolas Cruz posed a threat.

To succeed, any lawsuit over Peterson's conduct would need to show that if he had intervened lives would have been saved.

On Monday the Sun-Sentinel newspaper in Broward County cited Peterson's lawyer Joseph DiRuzzo as saying that the deputy had acted appropriately based on his belief that gunshots were coming from outside the school.

Broward County Sheriff Scott Israel has said that Peterson should have entered the school and killed the shooter.

Lytton said Israel's statements "provide a strong basis on which to go forward with a lawsuit" and that plaintiffs lawyers would argue the sheriff's assessment outweighs Peterson's in showing the deputy acted negligently.

The Sheriff's Office did not respond to a request for comment.

Peterson, 54, who had been assigned to Stoneman Douglas High School as an armed school resource officer since 2009, resigned on Thursday rather than face suspension after an internal investigation was launched.

Florida Department of Education data showed that just over 1,500 such officers were assigned to schools during the 2015-2016 school year, the latest figures available.

Andrew McClurg, a law professor with the University of Memphis who has expertise in gun laws, said Peterson's position as a school resource officer meant he owed a duty to students and staff, putting him outside the broad immunity enjoyed by police officers.

The Sheriff's Office's standard procedures, revised in March 2016 and viewed by Reuters, allow for a sole deputy to confront an active shooter to preserve life without waiting for backup or seeking a supervisor's approval.

Similar procedures have been adopted by many of the roughly 18,000 U.S. police departments in response to active shooters who often kill the majority of their victims soon after opening fire, said Pete Blair, executive director of the Advanced Law Enforcement Rapid Response Training Center at Texas State University.

Berry said he expected any lawsuits to be quickly settled, given strong public sympathy for victims of the Florida shooting.

Public pressure could also factor into how much victims and their families would receive. Under Florida law, damages awards against state government agencies are capped at $300,000 per claimant.

McClurg said he expected the state legislature to waive that cap for the Parkland shooting. "Given the politics of this case, I would not want to be a legislator opposed to doling out more money for the victims," he said.