'We're forgetting the meaning of America': Robert Reich issues plea for US to relocate 'common good' 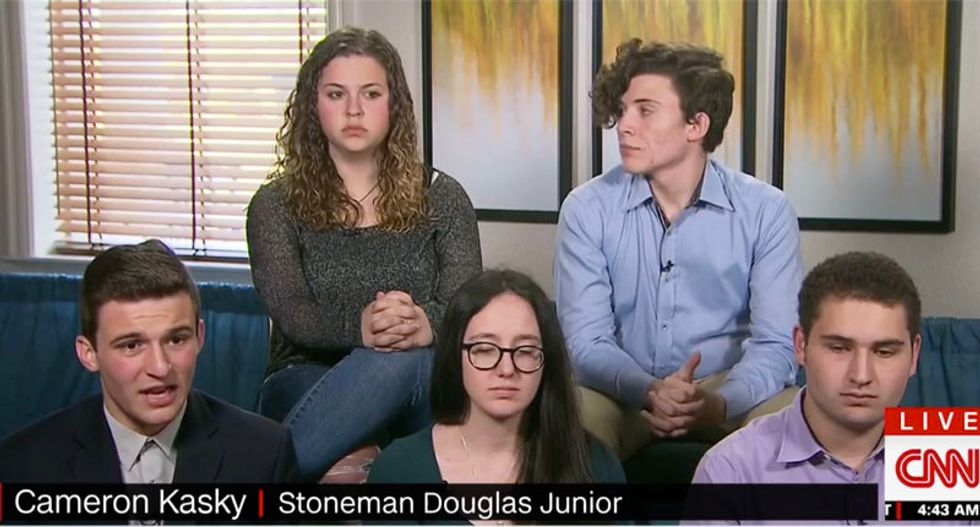 When Trump and his followers refer to “America,” what do they mean?

Some see a country of white English-speaking Christians.

Others want a land inhabited by self-seeking individuals free to accumulate as much money and power as possible, who pay taxes only to protect their assets from criminals and foreign aggressors.

Trump encourages a combination of all three – tribalism, libertarianism, and loyalty.

But the core of our national identity has not been any of this. It has been found in the ideals we share – political equality, equal opportunity, freedom of speech and of the press, a dedication to open inquiry and truth, and to democracy and the rule of law.

We are not a race. We are not a creed. We are a conviction – that all people are created equal, that people should be judged by the content of their character rather than the color of their skin, and that government should be of the people, by the people, and for the people.

Political scientist Carl Friedrich, comparing Americans to Gallic people, noted that “to be an American is an ideal, while to be a Frenchman is a fact.”

That idealism led Lincoln to proclaim that America might yet be the “last best hope” for humankind. It prompted Emma Lazarus, some two decades later, to welcome to American the world’s “tired, your poor/ Your huddled masses yearning to breathe free.”

It inspired the poems of Walt Whitman and Langston Hughes, and the songs of Woody Guthrie. All turned their love for America into demands that we live up to our ideals. “This land is your land, this land is my land,” sang Guthrie. “Let America be America again,” pleaded Hughes: “The land that never has been yet – /And yet must be – the land where every man is free. / The land that’s mind – the poor man’s, Indian’s, Negro’s, ME –.”

That idealism sought to preserve and protect our democracy – not inundate it with big money, or allow one party or candidate to suppress votes from rivals, or permit a foreign power to intrude on our elections.

It spawned a patriotism that once required all of us take on a fair share of the burdens of keeping America going – paying taxes in full rather than seeking loopholes or squirreling money away in foreign tax shelters, serving in the armed forces or volunteering in our communities rather than relying on others to do the work.

These ideals compelled us to join together for the common good – not pander to bigotry or divisiveness, or fuel racist or religious or ethnic divisions.

The idea of a common good was once widely understood and accepted in America. After all, the U.S. Constitution was designed for “We the people” seeking to “promote the general welfare” – not for “me the narcissist seeking as much wealth and power as possible.”

Yet the common good seems to have disappeared. The phrase is rarely uttered today, not even by commencement speakers and politicians.

There’s growing evidence of its loss – in CEOs who gouge their customers and loot their corporations; Wall Street bankers who defraud their investors; athletes involved in doping scandals; doctors who do unnecessary procedures to collect fatter fees; and film producers and publicists who choose not to see that a powerful movie mogul they depend on is sexually harassing and abusing women.

We see its loss in politicians who take donations from wealthy donors and corporations and then enact laws their patrons want, or shutter the government when they don’t get the partisan results they seek.

And in a president of the United States who has repeatedly lied about important issues, refuses to put his financial holdings into a blind trust and personally profits from his office, and foments racial and ethnic conflict.

This unbridled selfishness, this contempt for the public, this win-at-any-cost mentality, is eroding America.

Without binding notions about right and wrong, only the most unscrupulous get ahead. When it’s all about winning, only the most unprincipled succeed. This is not a society. It’s not even a civilization, because there’s no civility at its core.

If we’re losing our national identity it’s not because we now come in more colors, practice more religions, and speak more languages than we once did.

It is because we are forgetting the real meaning of America – the ideals on which our nation was built. We are losing our sense of the common good.