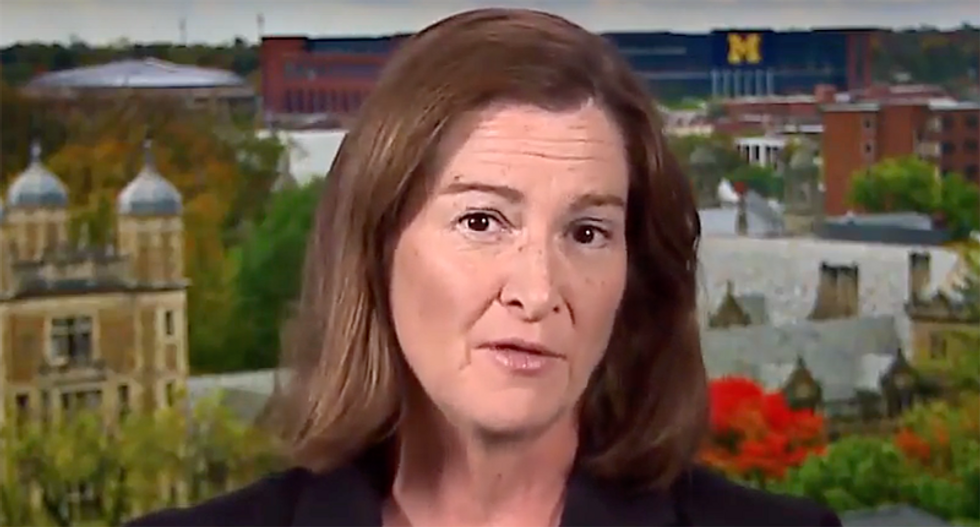 Former U.S. Attorney Barbara McQuade told MSNBC's Joy Reid Friday that the plea deal from Rick Gates could be the beginning of the end for President Donald Trump.

"I think it's a significant development to the detriment of Paul Manafort," she began her explanation. "It was such a document based case. Documents don't lie, it's easy to prove them objectively. Now that you have this very close associate, Rick Gates pleading guilty now you have someone who can connect the dots, who can provide a narrator for a the trial."

She argued that Gates likely knows things that happened between he and Manafort that would be devastating to Manafort's defense. She also explained that when Gates accepted a plea agreement he must state in his own words what was done that made him believe he was guilty of the crime charged.

Tim O'Brien, author of "Trumpnation," said that he is more skeptical about how much Manafort actually knows that could be disastrous about the president. However, one thing he noted was "this consolation of two-bit advisers around the president is perhaps the most felonious group of characters you've seen in an administration, certainly since the [former President Richard] Nixon."

The crime that the 13 Russian nationals were charged with last week was to obstruct the functioning of a the Federal Election Commission. She explained that if there are ties to those Russians, that it would prove conspiracy.

"If they are soliciting things from a foreign government, receiving things of value from a foreign national, that would disrupt the fair administrations of our elections and could be conspiracy to defraud the United States," she continued. "I think the indictment that was handed down last week, naming the 13 Russians, provides that foundation on which Robert Mueller can build if he finds the evidence linking Americans to be co-conspirators with the Russians."

Watch her full explanation below: