Fox & Friends says it's not a riot when white NFL fans flip police car: 'It's a celebration that went haywire' 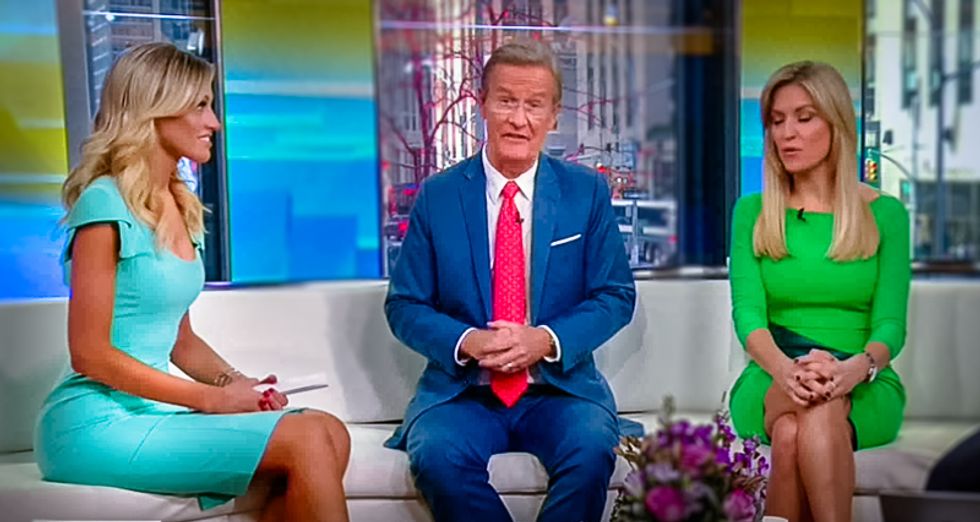 The hosts of Fox & Friends on Monday refused to say that a celebration of the Philadelphia Eagles' Super Bowl win turned into a riot even though mostly-white revelers started fires, flipped a police car and knocked down every light pole near City Hall.

Following the riotous outpouring in Philadelphia after the Eagles won the Super Bowl, Fox News published a report showing that most of the rioters were white.

While the report refers to some of the people as "looters," it never goes as far as to call the incident a riot as Fox News has done in places like Baltimore and New Orleans, where most of the participants have been black.

On Monday, Fox News headline reader Carley Shimkus noted that Philadelphia "is under a little bit of duress" after the celebration got out of hand.

"This is a nice celebration," co-host Brian Kilmeade quipped sarcastically. "This should be a time for law enforcement to relax."

"Why do people get violent when good things happen?" Shimkus asked.

"Well, they're all missing work today," co-host Ainsley Earhardt observed. "They all have hangovers today. But they're all excited."

"How many light poles went down?" Shimkus wondered.

"All of them around City Hall," Doocy replied.

"You guys are shining bright enough for everybody," Shimkus concluded.