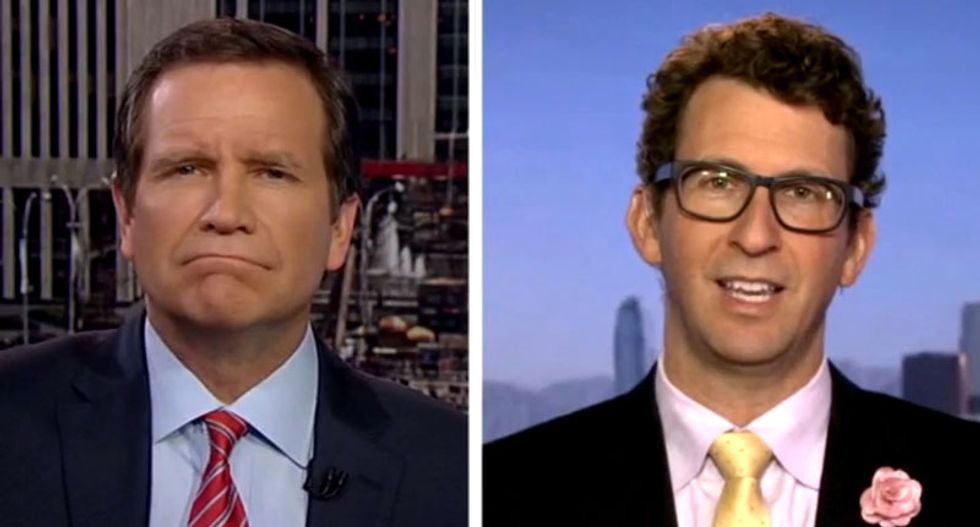 Fox News host Jon Scott on Friday wonder if limiting access video games could help stop gun violence -- but his suggestion was quickly shot down by a former Army reservist.

“How about video games? Would you support regulating video games? There are video games out there that are very realistic and you can shoot to death every video character on the screen and leave them lying in a pool of blood,” Scott asked.

"Well, I think that's a much more challenging issue because it gets into parenting and greater social issues,”" Bearman replied.

"Because how do you regulate video games? Whereas a handgun you can control the flow of them. Germany did it very successfully after a series of school shootings. They have a psychological background check before you get your permit."

"The key is to make it more difficult to rapidly kill a large number of people in a very short period of time. I call for banning bump stocks immediately, let's remove high capacity magazines immediately. Look, I fired AR-15s. I have a DD214 from the Army Reserve. I've gone skeet shooting. I've gone hunting. I know what it is like to use firearms. There is a rational basis to limit what is available."