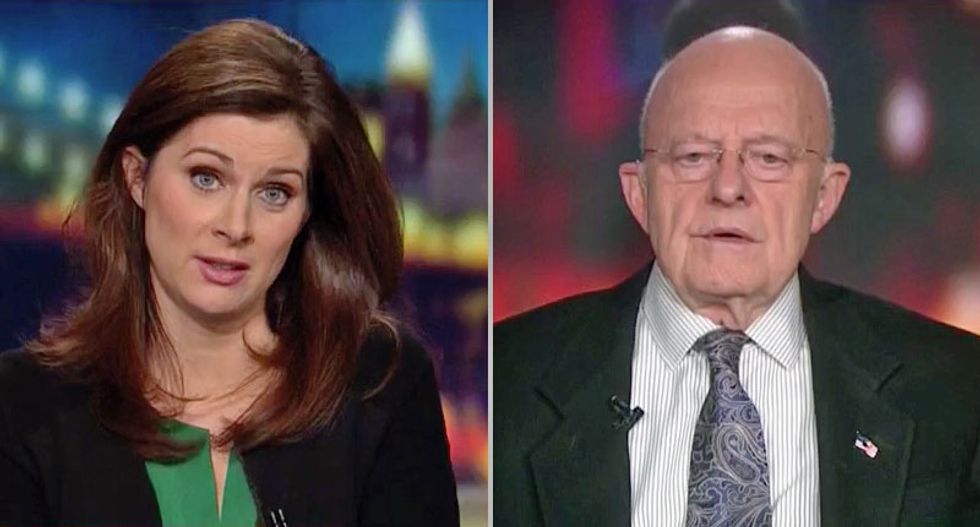 "Now, The Washington Post is reporting a couple of crucial things, general, one of them that the officials from four countries, at least four, discussed manipulating Jared Kushner in part because of financial troubles and in experience on foreign policy," Burnett noted. "How concerning is that?"

"It's potentially very concerting. I'm not in a position to confirm that reporting, but I'll assume it is valid," Clapper qualified. "And that is precisely, I think, one of the complexities in doing a background investigation on Kushner, because of the potential financial complications or dealings that he may have with these countries who in turn could use that as leverage to influence policy outcomes by the United States."

Clapper is a retired three-star general who also served as Director of the Defense Intelligence Agency.

"All of the access he has, to suddenly lose this clearance, is this unprecedented moment?" Burnett asked.

"It is," Clapper replied. "And it really puts him in a position, if this sticks, of dealing with way less than a full deck in all these sensitive portfolios."

"Just take Mid-East as a case in point, having some familiarity with the situation there, I just think it would be very difficult to do anything meaningful without having access to the classified intelligence at the highest levels to understand the nuances what's going on out there," Clapper explained. "Not to mention dealing with another portfolio, of China."

"And also been indicated, it isn't just a question of access to classified information and what he can read or not, another complexity is attending any kind of meetings," Clapper continued. "The White House situation room is typically set at the TS/SCI level, so if he were to attend a meeting and he's only cleared for Secret, that really inhibits the conduct of business."

"Well, it's both stunning and emblematic. This is consistent with the president's singular indifference to the threat posed by Russia," Clapper noted. "And that started when Mike Rogers was one of the four of us as a group who briefed then President-elect Trump on January 6 of last year about this, and he, for whatever reason, just can't accept it."

"As far as press secretary, well she ought to get the Ginger Rogers award for tap dancing," Clapper concluded. "That was a real artful dodge."