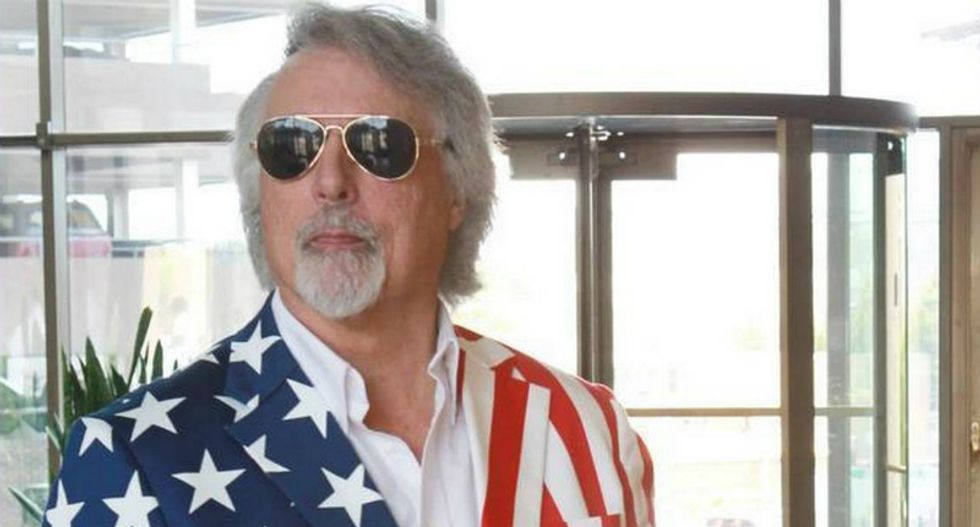 A racist shock jock and Illinois state Senate candidate rebuked by his own party for his bigotry is now lashing out at the GOP for "censoring" him.

The Madison-St. Clair Record reported Tuesday that DJ and GOP candidate Bob Romanik, who hosts an AM radio show titled "On The Dark Side" where he fashions himself "the grim reaper of radio," said he "doesn't give a damn" that his county GOP's rejected him for his racism and sexism.

Though they didn't mention Romanik by name, the St. Clair County Republicans urged voters in the county "to only support Republican candidates who do not use such racist sexist, abusive [sic] language" the district where he's running. They then endorsed his GOP primary opponent Tanya Hildenbrand as the "only candidate who meets that Republican standard" in the state's 57th Senate district.

Romanik told the Record that his censuring by the party was tantamount to a situation in which "a n*gger" would be asked to join the Ku Klux Klan.

"Do you think the n*gger even wants to be part of the cracker organization?" he said on air before saying that he supports "proud blacks" but not people he characterizes by using the n-word.

Prior to the St. Clair GOP's resolution condemning Romanik's language and supporting his primary opponent, the AM radio "provocateur" was repeatedly recorded using slurs and derogatory language about women and black people. Romanik in January called rapper Waka Flocka Flame a "greasy black n*gger son-of-a-bitch" because of an anti-Trump performance stunt, and last year called an interviewee's colleague a "skanky-ass bitch."

This week, Romanik said using the terms racist and sexist to describe his language is "abusive."