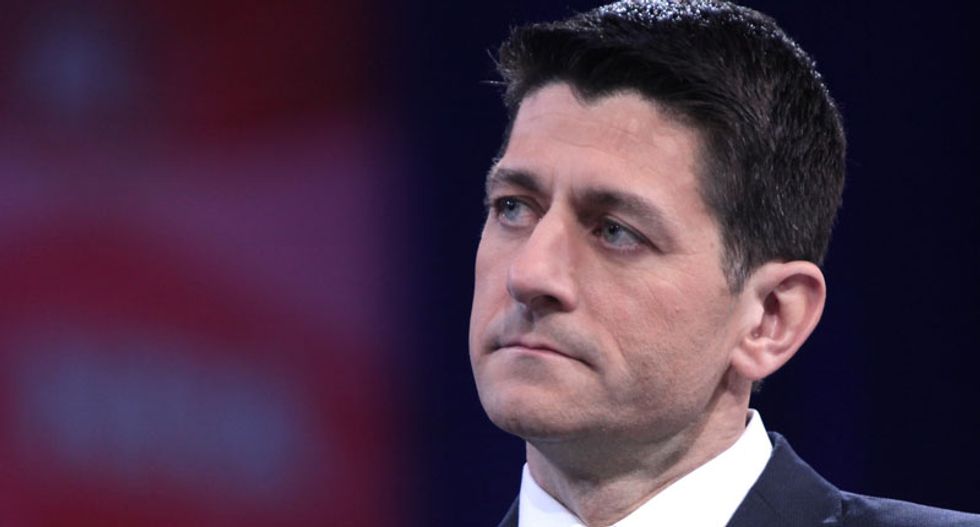 MSNBC's Pete Williams reported on Thursday that House Republicans could read a controversial classified memo on the House floor without declassifying it to prevent the FBI, which has opposed the disclosure, from giving a full-throated rebuttal.

"If the president puts it out, declassifies it, that might loosen the reigns on the FBI a little bit," Williams explained. "But if the House puts it out, that doesn't declassify it."

"The House rules say they can disclose publicly any information that's been classified," he continued. "That doesn't declassify it technically. It just makes it public. Only the executive branch can declassify. So, the FBI's hands would be tied in terms of how they can respond."

According to NBC News correspondent Mike Memoli, the most likely scenario involves reading the memo on the floor of the House, where legislators are protected from prosecution if they spill government secrets.

"The House has to be in session," he pointed out. "And they would either read the full memo, it's four pages long, from the floor of the House or they would read it into the Congressional Record. And the reason you would do that is because it's a crime to disclose classified information."

"But there is the debate clause in the House which gives member immunity from breaking laws if they do it from the House floor," Memoli remarked.

If Republicans go through with the plan, they would have to first consult with House Speaker Paul Ryan (R-WI) to decide which classified information should be redacted.

Democrats claim that Republicans created the memo to smear the FBI for extending surveillance on former Trump campaign staffer Carter Page, who has admitted having contacts with Russians during the campaign.

For its part, the FBI has called the memo "misleading" and has said that it's prepared to respond if and when Republicans make it public.