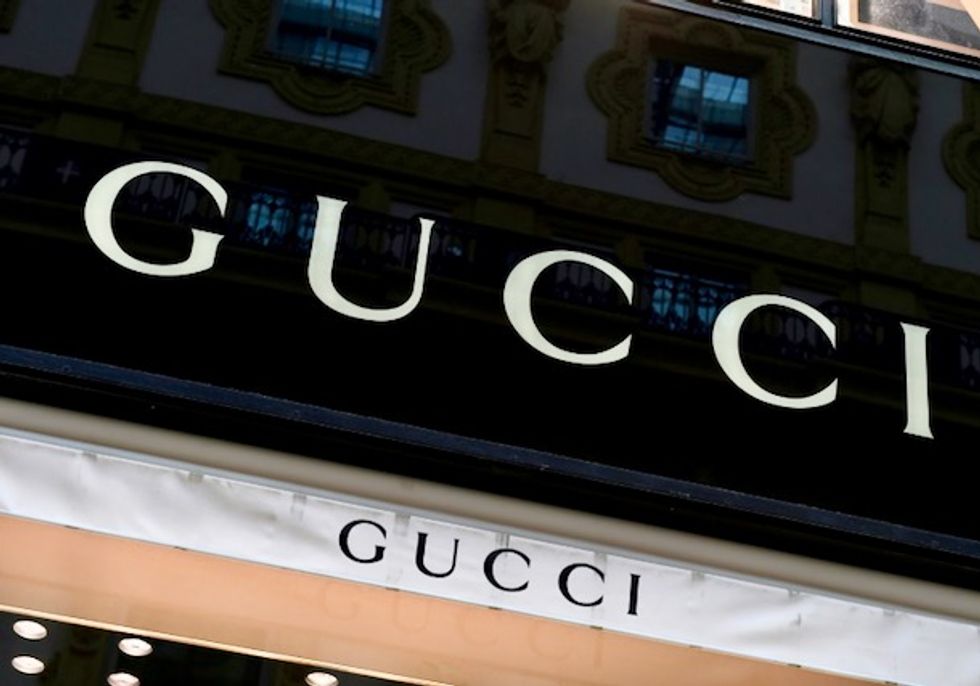 Italian fashion house Gucci is joining George Clooney, Oprah Winfrey, Steven Spielberg and others in donating $500,000 to the March For Our Lives gun control rally in Washington on March 24 AFP / MIGUEL MEDINA

Italian luxury fashion brand Gucci on Friday followed a slew of US celebrities in announcing a donation of $500,000 to next month's student march on Washington demanding tougher gun controls.

The donation, first reported by Women's Wear Daily and confirmed by a Gucci spokeswoman in the United States, gives another huge boost to what is considered an unprecedented youth mobilization against gun violence following last week's shooting in Florida.

"We stand with March For Our Lives and the fearless students across the country who demand that their lives and safety become a priority," the label said in a statement.

"We have all been directly or indirectly impacted by these senseless tragedies."

The rally is scheduled to take place on March 24, with sister rallies planned across the country to demand that US Congress come up with effective legislation to address the epidemic of gun violence in the United States.

The Washington Post says organizers expect up to 500,000 people to attend, according to their event permit application.

The rally is being organized by students from the Florida high school where a 19-year-old armed with a semi-automatic rifle killed 17 people in Parkland, Florida.

Gucci creative director Alessandro Michele told Women's Wear Daily that he was "truly moved" by the courage of the Parkland students.

"My love is with them and it will be next to them on March 24. I am standing with March for Our Lives and the strong young women and men across United States who are fighting for their generation and those to come," he said.

'No excuse': Critics pounce on GOP's Cornyn after he defends Uvalde police inaction during mass shooting

Sen. John Cornyn (R-TX) was buried under an avalanche of criticism late Saturday after he took to Twitter and defended law enforcement officials in Uvalde , Texas who dithered outside an elementary school classroom that contained a gunman who killed nineteen children and two teachers.

According to the Texas Republican, criticism is "second-guessing" and critics should wait for more information.