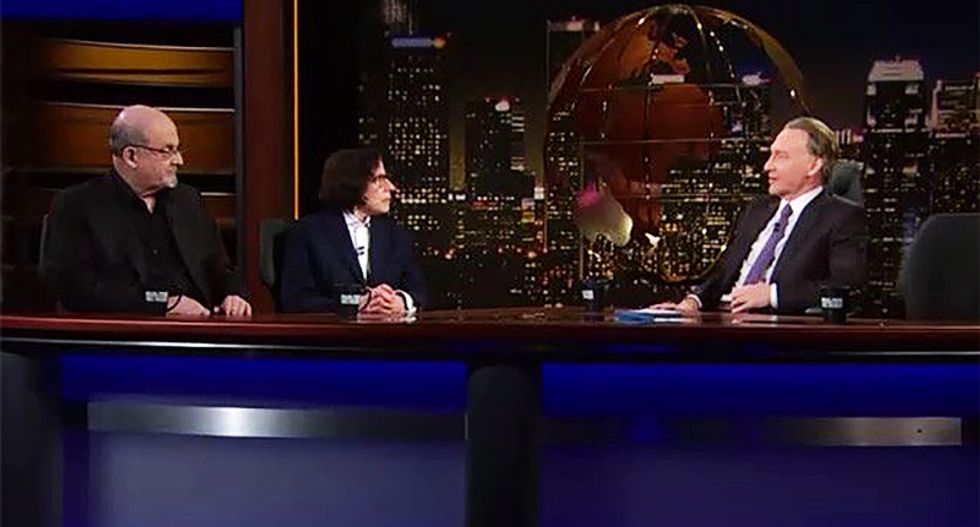 "It's like when you say please bring back Mitt Romney," Rushdie told Maher. "I mean, how did that happen? I remember when we were abusing Mitt Romney."

"I gave a million dollars to make sure he didn't become president," Maher admitted. "But, you know, things change and you gain perspective and we need a mea culpa because Mitt Romney wouldn't be that bad. I mean he was a bad candidate and he sold his soul but I think he'd be very good for America if he would run as 'Republican Classic.'"

He noted many Republicans still want that, "same great tax cuts one-third the racism." He hopes there will be something happen that is similar to the 1912 election in which Teddy Roosevelt split the Republican Party and started the "Bull Moose Party." Maher said it won the election for the Democrats.

"You think Trump will be running the next time?" Lebowitz asked.

"I don't think he'll be in office," she replied.

"He's a quitter," Lebowitz countered. "He is a quitter! You know, because he's worried about we're going to find out about the money. That's what this is all about. This is about money laundering. And they get too close he'll make something up like 'I want to spend more time with my family,' though how he could I can't imagine. If he feels they're really close to him in this money thing, I think he'll leave."