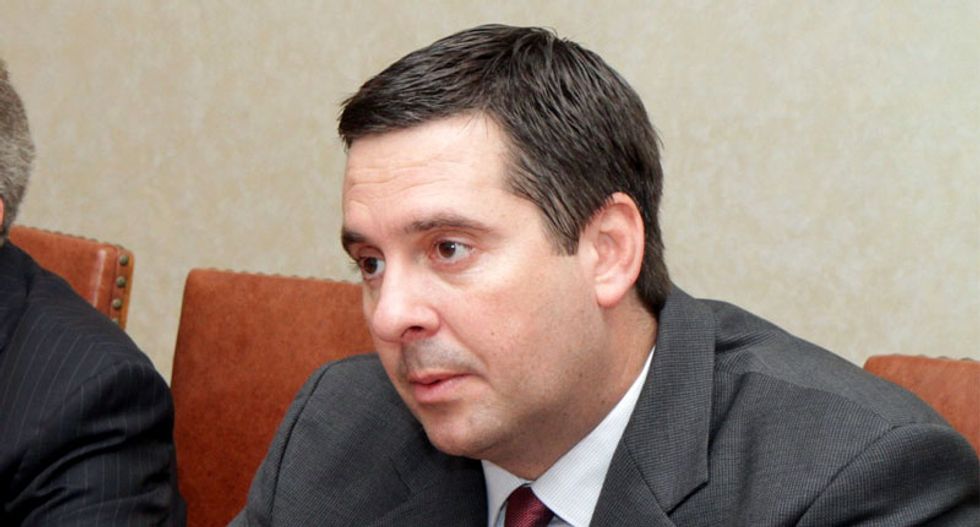 According to Politico Magazine, Devin Nunes, the California Republican who chairs the House Permanent Select Committee on Intelligence, may have selectively edited data to target the FBI. Along partisan lines, the committee voted to send this redacted memo to President Trump, which allegedly proves FBI bias against him as they conduct an investigation into Russian interference in the 2016 election. Politico stated that the Bureau then went on a media offensive, their effort to discredit the already infamous Nunes memo before its contents become known. The FBI claims that the Nunes memo contains "material omissions of fact that fundamentally impact the memo’s accuracy.”

History records that we have been down this road before.

An infamous edited dispatch which did just as the FBI described, "material omissions of fact that fundamentally" impacted accurate events back in 1756, cost somebody his life. That somebody was a somebody, indeed: Admiral John Byng, the son of a peer, an MP, a former governor of Newfoundland, and able administrator.

Fearful that a British possession in the Mediterranean may be a target of the French as tensions rose just before the Seven Years' War, ministers met and chose Admiral Byng to sail from Portsmouth with ten warships. But more than half the ships assigned him were in disrepair and naval records show that each ship was significantly undermanned. Delays at Portsmouth (caused by the Admiralty which ordered Byng to outfit other ships ahead of his own) forced a late start.

Byng left Portsmouth in April without tenders, a fire ship, or a hospital ship. By the time Byng's fleet reached Gibraltar, the French had landed 15,000 men on Minorca two weeks prior. Byng was then denied marines by the commander of Gibraltar, General Thomas Fowke. Nonetheless, Byng sailed for Minorca to open communications with a fortified British garrison at Port Mahon. An engagement between his fleet and a French fleet on the 20th of May, 1756. For more than four hours ships exchange gunfire. As night fell the French pulled full sail and left the battle. The Battle of Minorca was a draw.

But three of Byng's ships were damaged, one, the Intrepid, lost its mainmast and leaked severely. Forty-two British sailors died that day including two captains. Byng remained on station, repaired his ships as best could be done at sea (no tenders, remember?), converted one to a hospital ship, and with the unanimous vote of naval and army officers in a council of war, left Minorca on the 25th of May sailing to the nearest port facility, Gibraltar.

Before they sailed, however, Byng wrote a letter to the Admiralty Office explaining the battle. He handed the dispatch to Captain Augustus Hervey who took a small frigate and sailed ahead of the fleet. Hervey sent the dispatch to Madrid where Benjamin Keene, Britain's diplomat at the court of Spain, took charge. Rather than send the Byng letter directly to London, Keene chose to send it via Denmark. The war had officially begun. Keene, rightly so, felt that Byng's battle dispatch may be a target for intercept.

Meanwhile, France's version of the battle landed in London ahead of Byng's. Ministers panicked. The French boasted a victory. Without waiting for Byng's version of the battle to arrive, orders were sent to recall the admiral from service, and upon his return to England, to be placed under arrest. On the 26th of June 1756, the government newspaper, the London Gazette printed the Byng letter.

Except about a third of Byng's dispatch was missing, and some words twisted to make the admiral appear a coward. Historians M. John Cardwell, Nicholas Rogers, and Kathleen Wilson described what happened next: England began to experience anti-Byng riots. The admiral was hung in effigy after huge crowds paraded the proxy admiral through the streets. Even in faraway Boston, Massachusetts, demonstrations against the alleged cowardly admiral took place.

Let me be clear, the British government edited a dispatch - omissions of fact - in an attempt to obscure facts, in this case, that Minorca was already lost by the time Byng's fleet arrived.

Because the London Gazette was the British government's mouthpiece, dozens of papers, in the habit of simply reprinting some of its content, reprinted that Byng was a coward. The nation was against him when he landed in Portsmouth, 26 July 1766. John Byng was placed under arrest, unfree to counter the calumny his own government had accused him of.

In January, a military court martial found Byng innocent of cowardice and disaffection in battle. But Byng could not dodge the third charge. The court-martial stated the admiral "did not do his utmost" to defeat the enemy, a breach of Article 12 of the 1749 Naval Code. Found guilty, Byng was executed by firing squad on 14 March 1757.

The Nunes memo may be the London Gazette of our times, a highly redacted, partisan piece meant to protect high ranking government officials (guess who?). Is the FBI's Russian investigation the target? Is Nunes trying to Byngify Special Counsel Robert Mueller?

History just may be repeating.