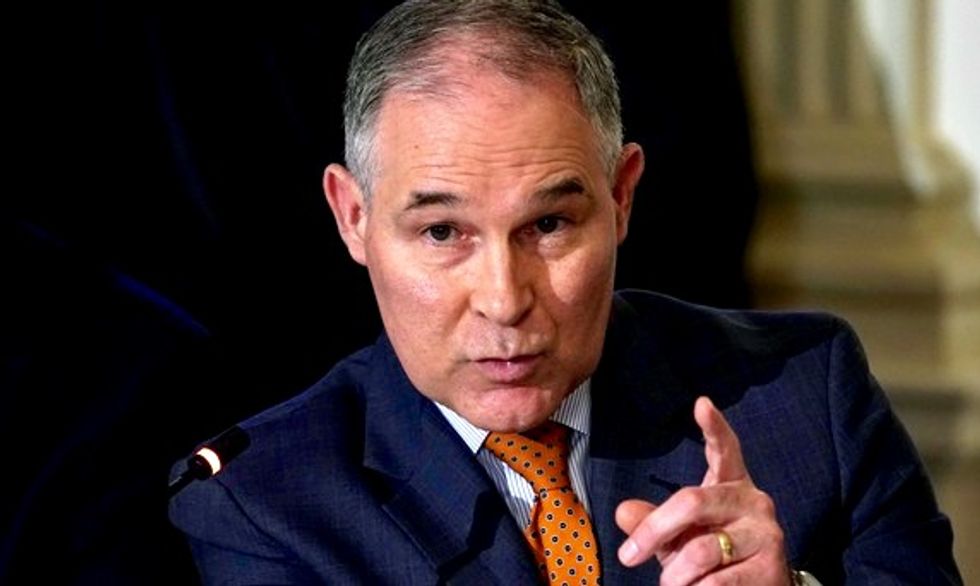 Trey Gowdy, who led a high-profile investigation into a 2012 attack on a diplomatic compound in Benghazi during former Secretary of State Hillary Clinton's tenure, sent a letter to Pruitt questioning whether the administrator followed federal regulations regarding official travel.

The letter comes a day after House Democrats sent a similar letter requesting details of Pruitt's first- and business-class travel and the process for requesting permission for each premium flight.

Gowdy questioned a statement that EPA spokesman Jahan Wilcox had made to the media last week that Pruitt had a "blanket waiver" enabling him to fly first class, which he later amended.

"Clearly, federal regulations prohibit a blanket waiver to fly first class except to accommodate disabilities or special needs," the letter said, adding that Pruitt needs to obtain a waiver for each flight.

The Washington Post had reported that he spent over $100,000 in taxpayer money for premium travel, based on records obtained by the Environmental Integrity Project.

Gowdy asked the EPA to provide the oversight committee a log and details of each flight taken between Feb. 17, 2017 and Feb. 18, 2018, information on whether Pruitt obtained a waiver to purchase a first class or business class ticket and the cost of tickets for each EPA employee traveling.

That watchdog group on Friday obtained new travel records, shared with media, showing Pruitt and EPA employees spent upwards of $150,000 on premium commercial and chartered flights from March to August 2017.

Gowdy said he wants answers from Pruitt on the travel questions by 5 p.m. EST on March 6.