Illuminati-obsessed woman murdered her own children in bizarre 'ritual': prosecutors 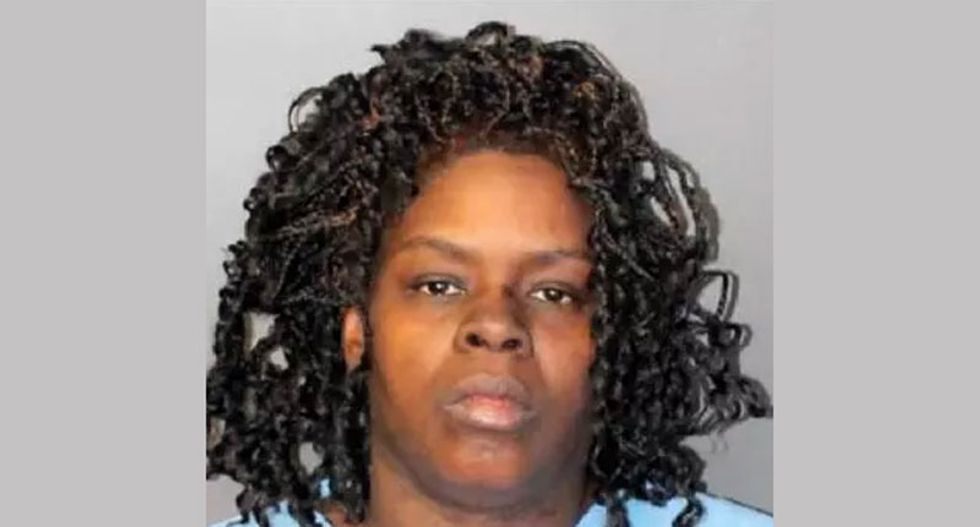 A Massachusetts woman obsessed with the Illuminati is being charged with two counts of murder after the bodies of her 8-year-old and 5-year-old sons were found in her Brockton apartment, the Boston Globe reported Tuesday.

Prosecutors allege that Latarsha Sanders, 43, stabbed her 8-year-old son Edson "Marlon" Brito four-dozen times with a kitchen knife as part of a "ritual incident" that may be related to "Voodoo stuff" according to interviews with police.

After the death of the 8-year-old failed to complete the ritual, she allegedly turned the knife on her 5-year-old, Lason Brito.

“We believe, based upon her comments, that she was involved in some sort of rituals that she believed in,” Plymouth District Attorney Timothy J. Cruz told reporters.

Sanders' mother told State Police her daughter is “mentally unstable and crazy” who was obsessed with the Illuminati.

She said that on Saturday, Sanders talked about “sacrificing humans so she could move up in the world.”

She also allegedly told her mother “she could not stand an [older son] any more and threatened to kill him and put his body in a freezer."