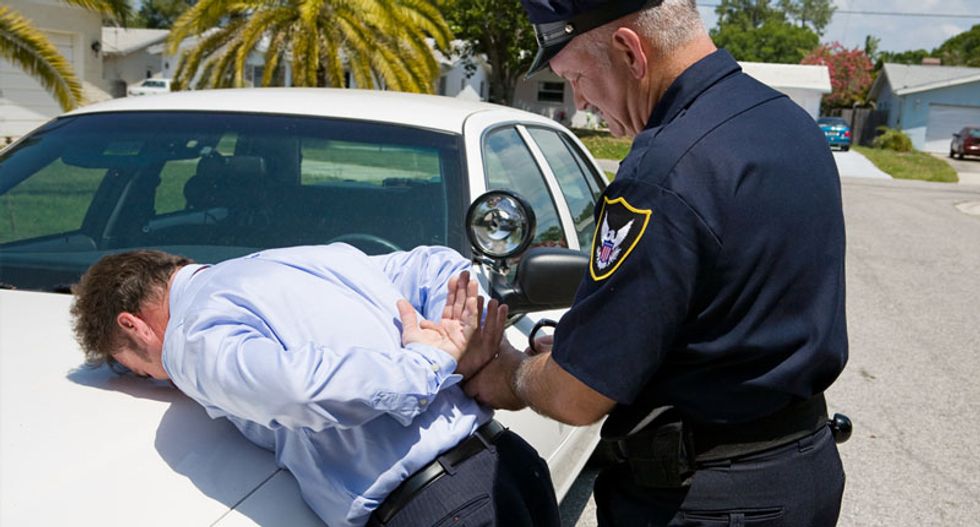 Do you know what your rights are when a police officer asks to search you? If you're like most people I've met in my eight years working to educate the public on this topic, then you probably don't.

It's a subject that a lot of people think they understand, but too often our perception of police power is distorted by fictional TV dramas, sensational media stories, silly urban myths, and the unfortunate fact that police themselves are legally allowed to lie to us.

It wouldn't even be such a big deal, I suppose, if our laws all made sense and our public servants always treated us as citizens first and suspects second. But thanks to the War on Drugs, nothing is ever that easy. When something as stupid as stopping people from possessing marijuana came to be considered a critical law enforcement function, innocence ceased to protect people against police harassment. From the streets of the Bronx to the suburbs of the Nation's Capital, you never have to look hard to find victims of the bias, incompetence, and corruption that the drug war delivers on a daily basis.

Whether or not you ever break the law, you should be prepared to protect yourself and your property just in case police become suspicious of you. Let's take a look at one of the most commonly misunderstood legal situations a citizen can encounter: a police officer asking to search your belongings. Most people automatically give consent when police ask to perform a search. However, I recommend saying "no" to police searches, and here are some reasons why:

1. It's your constitutional right.

The 4th Amendment to the U.S. Constitution protects us against unreasonable searches and seizures. Unless police have strong evidence (probable cause) to believe you're involved in criminal activity, they need your permission to perform a search of you or your property.

You have the right to refuse random police searches anywhere and anytime, so long as you aren't crossing a border checkpoint or entering a secure facility like an airport. Don't be shy about standing up for your own privacy rights, especially when police are looking for evidence that could put you behind bars.

2. Refusing a search protects you if you end up in court.

It's always possible that police might search you anyway when you refuse to give consent, but that's no reason to say "yes" to the search. Basically, if there's any chance of evidence being found, agreeing to a search is like committing legal suicide, because it kills your case before you even get to court.

If you refuse a search, however, the officer will have to prove in court that there was probable cause to do a warrantless search. This will give your lawyer a good chance to win your case, but this only works if you said "no" to the search.

3. Saying "no" can prevent a search altogether.

Data on police searches are interesting, but they don't show how many searches didn't happen becausea citizen said no. A non-search is a non-event that goes unrecorded, giving rise to a widespread misconception that police will always search with or without permission.

I know refusing searches works because I've been collecting stories from real police encounters. The reality is that police routinely ask for permission to search when they have absolutely no evidence of an actual crime. If you remain calm and say no, there's a good chance they'll back down, because it's a waste of time to do searches that won't hold up in court anyway.

4. Searches can waste your time and damage your property.

Do you have time to sit around while police rifle through your belongings? Police often spend 30 minutes or more on vehicle searches and even longer searching homes. You certainly can't count on officers to be careful with valuables or to put everything back where they found it. If you waive your 4th Amendment rights by agreeing to be searched, you will have few legal options if any property is damaged or missing after the search.

5. You never know what they'll find.

Are you 100 percent certain there's nothing illegal in your home or vehicle? You can never be too sure. A joint roach could stick to your shoe on the street and wind up on the floorboard. A careless acquaintance could have dropped a baggie behind the seat. Try telling a cop it isn't yours, and they'll just laugh and tell you to put your hands behind your back. If you agreed to the search, you can't challenge the evidence. But if you're innocent and you refused the search, your lawyer has a winnable case.

Remember that knowing your rights will help you protect yourself, but no amount of preparation can guarantee a good outcome in a bad situation. Your attitude and your choices before, during, and after the encounter will usually matter more than your knowledge of the law. Stay calm no matter what happens, and remember that you can always report misconduct after things settle down.

Finally, please don't be shy about sharing this information with your friends and family. Understanding and asserting your rights isn't about getting away with anything, and it isn't about disrespecting police either. These rights are the foundation of freedom in America, and they get weaker whenever we fail to exercise them.