'An insult': Daughters of black activist who Trump quotes to bash immigrants want him to stop using 'The Snake' 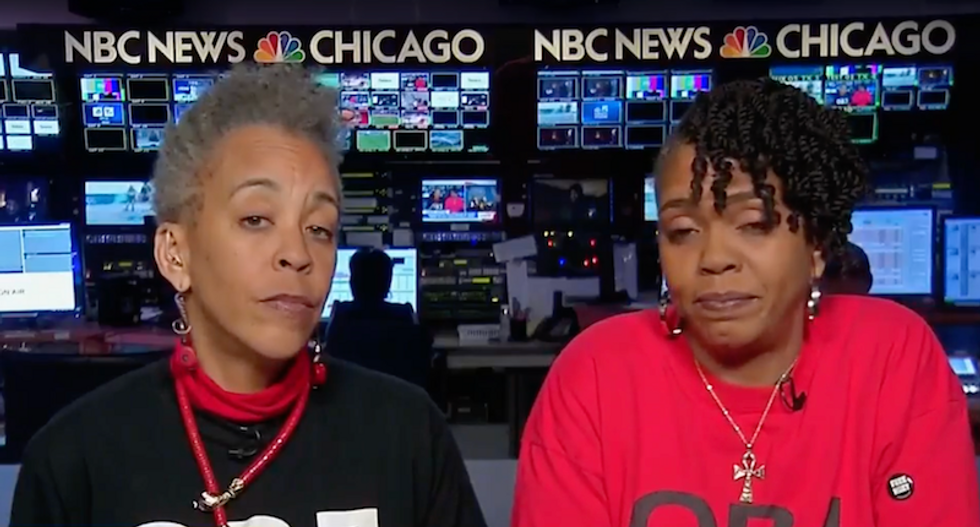 "I saved you,' cried the woman. And you've bitten me, but why? You know your bite is poisonous and now I'm going to die.' 'Oh shut up, silly woman,' said the reptile with a grin. 'You knew damn well I was a snake before you took me in.'"

Brown's daughters are tired of this. Maggie Brown and Africa Brown have been asking Trump to stop since 2016, and are now again stepping up to ask the president to stop taking their father's song out of context.

The women stopped by MSNBC to make the point.

"When I see him doing it, I know that he is stealing," said Maggie Brown. "He's twisting Oscar's meaning to serve his own campaign and climate of intolerance and hate, which is the opposite of what the original author, Oscar Brown Jr., intended."

"He's perversely using 'The Snake' to demonize immigrants," said Africa Brown. "My father never had anything against immigrants. He did albums with people from around the world... he was always standing up for people and not about separatism.... It's an insult to the deep respect for humanity that inspired everything our father stood for in his work, in his life."

You can hear the activist singer's original work below.