Ivanka and Jared want Kelly gone because he 'diminishes their power' over Trump: GOP strategist 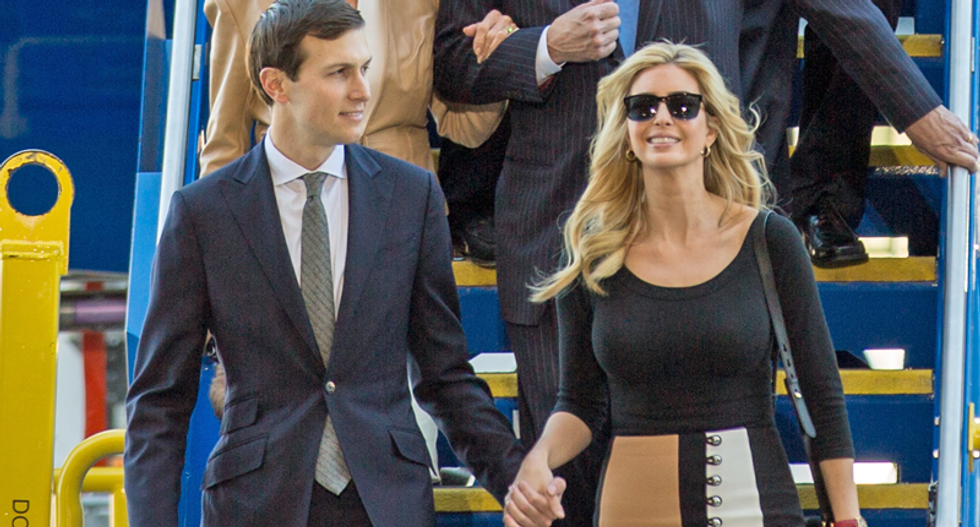 "Rick, you know the moniker Teflon Don. It seems like in the end, this will be yet another controversy with no fallout for the president," Witt worried. "Why is it he receives to suffer no blowback on any controversy?"

"Alex, the only explanation i have is that he continues to run this White House like he ran The Apprentice, like a reality show," Tyler suggested. "Look at all the people coming through and some pretty colorful characters at that...it's just an amazing thing."

"So then Rick, what is happening to John Kelly's credibility?" Witt asked. "How are the dominoes falling internally?"

"Well, look, John Kelly has an extremely difficult job," Tyler answered. "He is chief of staff, so it is ultimately his responsibility to make sure that people who are working in the White House, and particularly the Oval Office, are properly vetted."

"I think people are trying to put this on John Kelly. I actually think that Ivanka and Jared would like to see John Kelly go because he has been somewhat successful in diminishing their role and influence and their access to their father and father-in-law for things that they would like to get done on their agenda," Tyler explained.

"I think so," progressive commentator Zerlina Maxwell answered. "The White House is tolerant of this behavior, they covered it up over a year and people in there have a lot of explaining to do because they are not in line with where the rest of the country is at this point," Maxwell continued.

"You know, the comment that Rick said about Ivanka and Jared being the ones that may be, first of all, increasing their power with the ouster of John Kelly, but also they will be talking about who should potentially replace him," Witt noted. "Is that surprising to you?"

"Yes, it is surprising to me," Maxwell answered. "They don't have any experience in government. There's also concerning reports that Jared Kushner is the one that's reading the presidential daily briefing when they are giving oral briefings to the president."

"It is alarming and a national security issue, it is very frustrating to see Ivanka and Jared amass so much power when they don't have the experience to do the job," she continued.

"Should [Jared] be reading the president's intelligence briefings?" Witt asked.