John Kelly is locked in a ‘death match’ with Trump’s children for control of White House: report 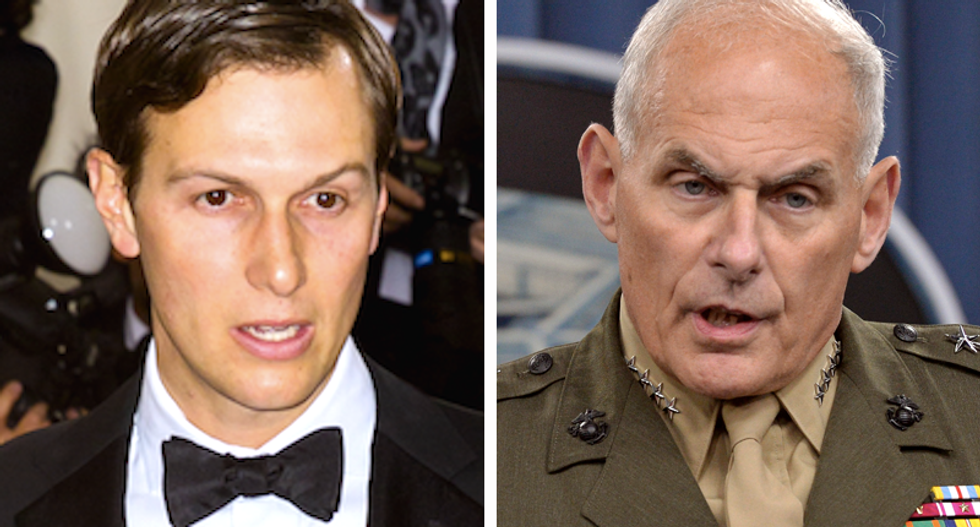 White House chief of staff John Kelly has seemingly thrown down the gauntlet in his attempts to assert control of White House personnel.

In the wake of news that President Donald Trump's son-in-law Jared Kushner had his access to top-secret information revoked over concerns about his vulnerability to manipulation by foreign governments, Axios' Jonathan Swan reports that the entire Trump family is angry at the White House chief of staff.

"The Trump family — and the president's oldest son, Don Jr., in particular — was angry about the overwhelmingly negative TV coverage about Jared Kushner last night, and feels White House Chief of Staff Kelly is hanging Jared out to dry," Swan reports.

Additionally, one White House source tells Swan that "Javanka and Kelly are locked in a death match -- two enter, only one survives."

The Trump family has reportedly been unhappy with Kelly for months now, although Trump himself has been reluctant to get rid of him because of how difficult it would be to find another person willing to take the job.

"The president doesn’t have the balls to fire Kelly," one source told Vanity Fair's Gabriel Sherman on Monday.