Kellyanne Conway says Jake Tapper could be a wife beater like Rob Porter: 'We give people benefit of the doubt' 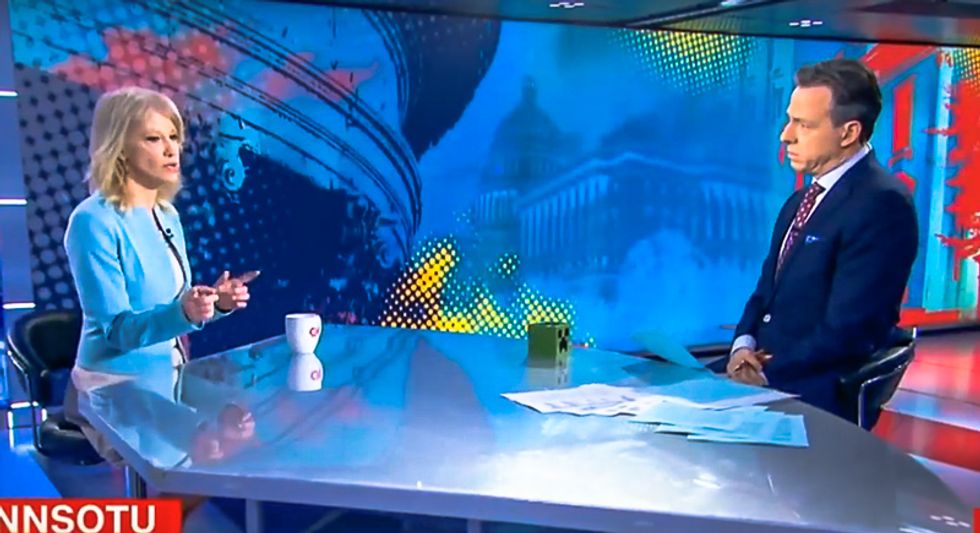 During an interview on CNN's State of the Union, host Jake Tapper noted that Trump spoke in defense of Porter and his chief of staff, John Kelly, called the White House staffer a "man of honor" after two ex-wives came forward to alleged domestic abuse.

Conway argued that Trump made his remarks before disturbing photos emerged of one of Porter's ex-wives with a black eye.

"But if I saw it, I would have to realize, this is not the Jake Tapper I know," Conway added. "So, we do give people the benefit of the doubt."