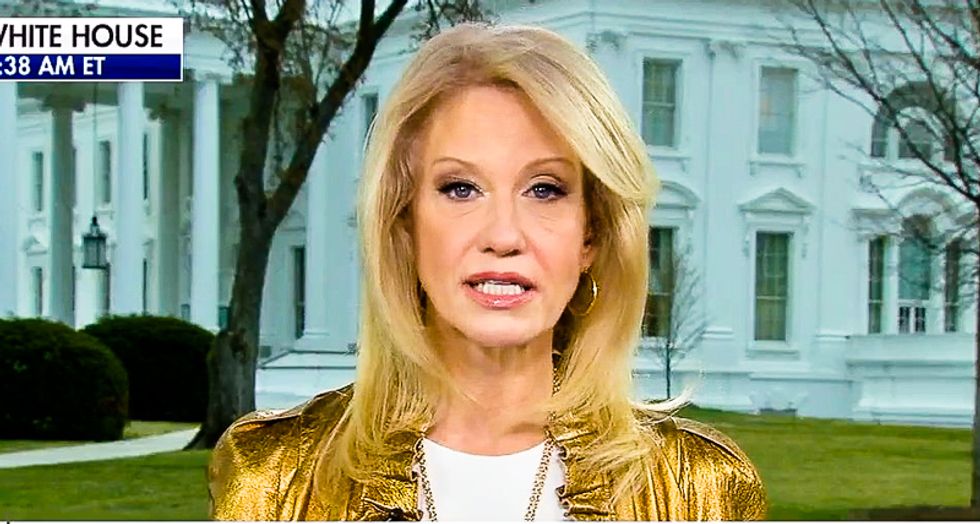 White House counselor Kellyanne Conway on Thursday blasted critics of President Donald Trump for focusing on his plan to arm teachers in an effort to prevent school shootings.

During an interview on Fox & Friends, Conway praised Trump for hosting a "listening session" with survivors of school shootings.

"This is a president who doesn't just listen, he acts," she said. "So, I predict on his watch, things will change. And people will feel like school safety and public safety are much enhanced because he is the president."

Conway complained that some were spending too much time talking about a "small discussion" in which Trump proposed asking 20 percent of teachers in the U.S. to carry guns at school.

"The small discussion yesterday about the possibility of allowing some educators and administrators to be armed at some schools, to focus on that alone today is disingenuously covering the fuller discussion yesterday," Conway remarked. "And frankly, it's disrespectful to the people who are in that room raising any number of different issues."

"I think it benefits us all that you have a non-politician in the White House behind me because he can see this with a certain clarity that others perhaps cannot," she concluded. "There cameras were on the whole time too and everybody should appreciate that."