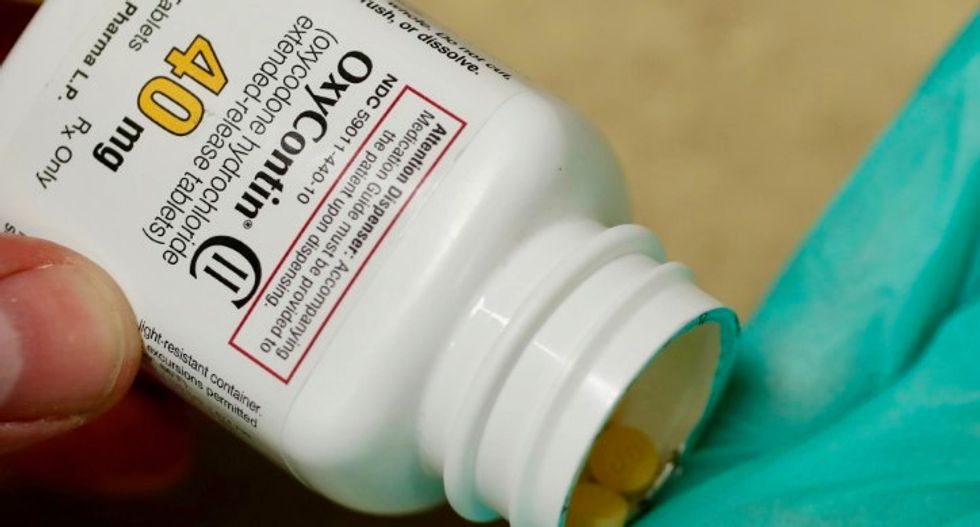 Kentucky's attorney general on Monday accused the drug distributor Cardinal Health Inc of contributing to the opioid epidemic by failing to halt or report suspiciously large or frequent orders by pharmacies of prescription painkillers.

Kentucky Attorney General Andy Beshear filed a lawsuit over what he said were unfair, misleading and deceptive business practices engaged in by Dublin, Ohio-based Cardinal Health that led to the excessive distribution of opioids in his state.

The lawsuit alleged that Cardinal Health, one of the country's largest wholesale drug distributors, ignored red flags that prescription opioids were being diverted for illegal uses, allowing it to profit in the process.

The lawsuit marked the third that Beshear has filed against an opioid manufacturer or distributor. It came amid a wave of lawsuits by cities, counties and states seeking to hold corporations responsible for the drug abuse epidemic.

"I'm committed to hauling each of these opioid companies into a Kentucky court to answer for their actions that have devastated our families, communities and state," Beshear said in a statement.

Cardinal Health did not immediately respond to a request for comment. The company has denied similar allegations and has said that it has implemented processes aimed at preventing opioids from being diverted for illegitimate uses.

Opioids were involved in more than 42,000 overdose deaths in 2016, according to the U.S. Centers for Disease Control and Prevention.

A growing number of lawsuits by states, counties and cities have accused drugmakers of pushing addictive painkillers through deceptive marketing and wholesale distributors of failing to report suspicious drug orders.

Two other state attorneys general have sued Cardinal Health. The company says it faces at least 343 opioid-related lawsuits, which were largely brought by counties and municipalities.

In December 2016, Cardinal Health agreed to pay $44 million to resolve claims by the U.S. Justice Department that it failed to alert the U.S. Drug Enforcement Administration to suspiciously large orders of addictive painkillers.

The following month, the company announced that it had reached a $20 million settlement with West Virginia to resolve a lawsuit filed in 2012 over its distribution of opioids in the state.

(Reporting by Nate Raymond in BostonEditing by Marguerita Choy)