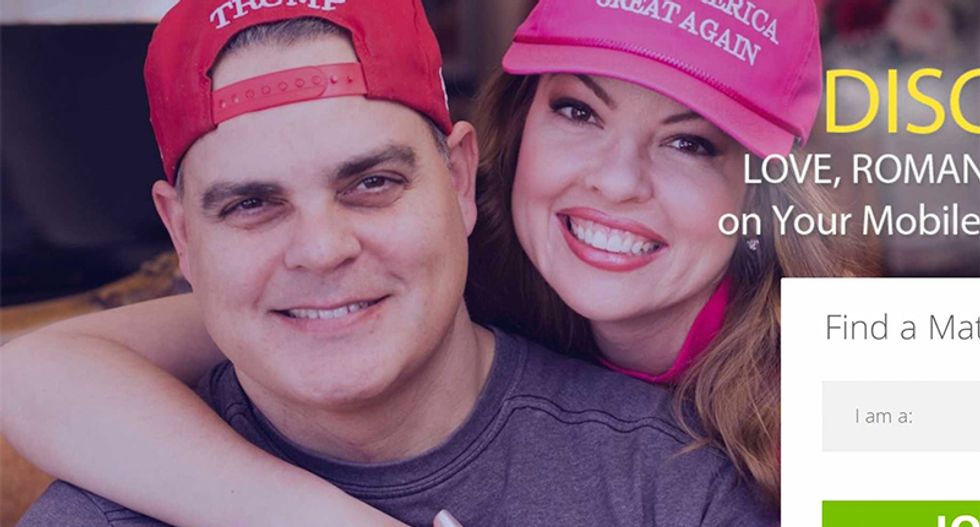 Barrett Riddleberger is featured on the front page of a new dating site for fans of President Donald Trump. While the site has been mocked for not allowing LGBT people but allowing married people, it may soon fall under scrutiny for its screening practices.

According to the Associated Press, Riddleberger, a North Carolina man, was found guilty of indecent liberties with a child.

Jodi and William Barrett Riddleberger, who are both pictured on the dating site, met each other as part of a Tea Party-inspired political action committee in Guilford County. It's unclear what their role or association with the website is, however.

State records revealed Riddleberger was convicted in 1995 after filming sex with a 15-year-old girl while he was 25.

In an interview with WRAL-TV, Riddleberger said he's "already paid (his) debt" for that crime. However, court records show he never served prison time.