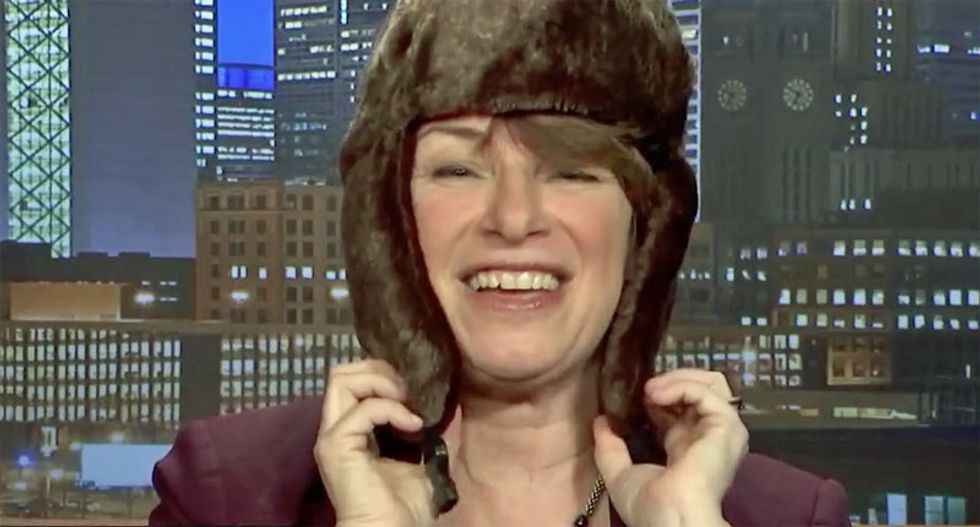 With Republicans attacking the credibility of the FBI to undermine the Russia investigation by special counsel Robert Mueller, one Democratic senator to MSNBC anchor Chris Hayes that we should pause to remember the agents guarding the Super Bowl in frigid weather.

"Tonight after weeks of hype, why the actual news from the memo strengthens the collusion case," Hayes began.

"Senator Amy Klobuchar is a Democrat from Minnesota," Hayes introduced.

"Why are you shaking your head?" Hayes paused to ask.

"Chris, what really bothers me most as a former prosecutor, you don't undermine an investigation. You don't send out tweets about it. And mostly, you don't release classified information in the middle of investigation.

"I can tell you what that does for trust for those agents on the frontline, for the prosecutors working hard everyday and that is why I'm shaking my head," Sen. Klobuchar explained.

"I believe in the integrity of the FBI, it just breaks my heart because you know, we're here in the Super Bowl where we've got security everywhere and you see these agents and security people out there in one degree weather," Klobucher noted. "Let them do their jobs."

The Super Bowl is being played in Minneapolis.

"Our fans have had a hard time dealing with the Philadelphia fans, but in their Minnesota-nice way, they're accepting them," Klobucher claimed.

"It's freezing cold, Chris. If you were here, you would be walking around in a hat like this," Minnesota's senior senator predicted, model an ear-flap hat.

"That's what we're wearing," she continued.

One of the many free outdoor Super Bowl activities on Nicollet Mall (in addition to the Prince exhibit, the ice scu… https://t.co/MRDJZYTbvH
— Amy Klobuchar (@Amy Klobuchar) 1517622157.0