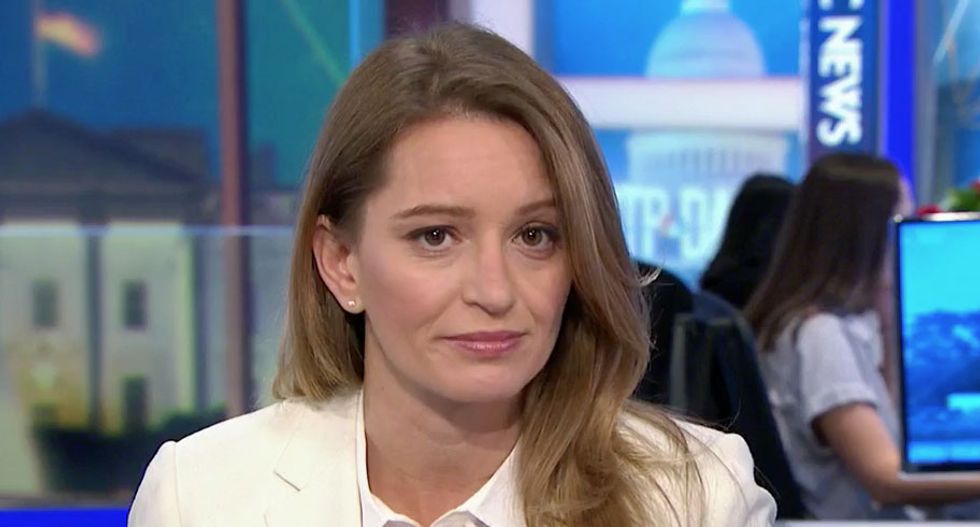 MSNBC anchor Katy Tur warned against getting "lost in any illusions" that President Donald Trump and the Republican Congress would address gun control in the wake of the Parkland shooting massacre.

"In this moment, is there movement on guns?" Tur wondered.

"Now, though, the White House says the president is open to looking at what can be done to prevent this from happening again, announcing they'd get behind a bipartisan effort that's aimed at making the background check system more effective," Tur noted.

"Let's not get lost in any illusions here, though. Remember, this bill has been out there since after the mass shootings in Texas and Las Vegas last fall," she reminded. "Remember, that moment, a potential movement on guns came and went, without any action."

"Remember, this bill, that the president is open to, wouldn't necessarily have kept a gun out of the hands of Nikolas Cruz," Tur continued.

"Remember, any action on anything related to guns is a serious uphill climb in Washington. Five years ago, a Democratic president couldn't even pass background check legislation through a Democratic Senate," the host recalled.