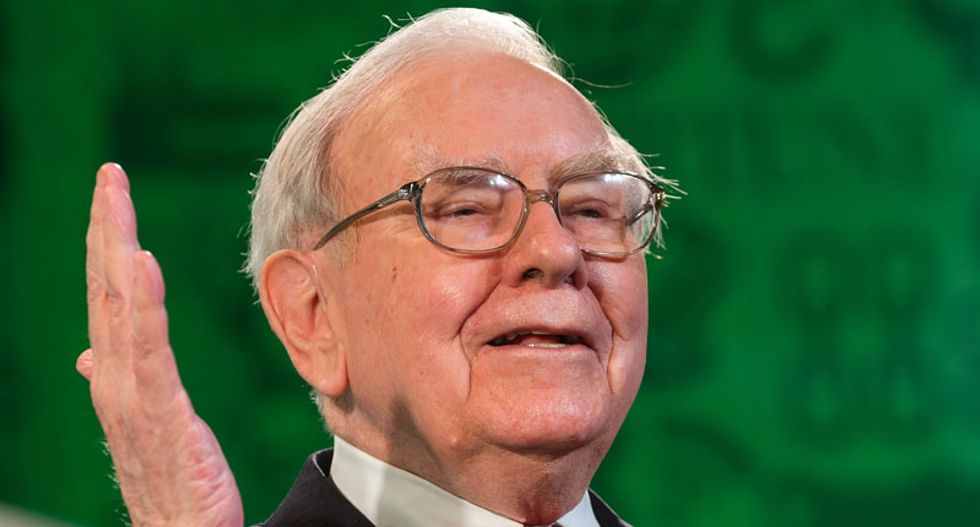 Berkshire Hathaway, the holding company of US billionaire investor Warren Buffett, received a stunning $29 billion check last year from the US government, thanks to a new tax law that massively lowered corporate tax rates.

In his much-anticipated annual letter to shareholders, Buffett explained that the company's net gain of $65.3 billion in 2017 was only partly due to his employees' efforts.

"A large portion of our gain did NOT come from anything we accomplished at Berkshire," he wrote. "Only $36 billion came from Berkshire's operations. The remaining $29 billion was delivered to us in December when Congress rewrote the US Tax Code."

The new law lowered the tax rate paid by US companies from 35 percent to 21 percent, allowing many to undertake major new outlays and others to book significant fiscal gains.

The company also saw its war chest swell: it had $116 billion in cash and US Treasury bills as of the end of 2017, a financial manna that Buffett wants to use to make significant new acquisitions.

Buffett said he believes that "despite our recent drought of acquisitions," the company "will have opportunities to make very large purchases" going forward.

But he said the prices asked for businesses last year "hit an all-time high," and Berkshire will be looking for those available at "a sensible purchase price."

As the world waited with bated breath for the US presidential inauguration, Tesla CEO Elon Musk had more pressing issues at hand -- exchanging tweets with Miami's mayor about building a tunnel system under the Florida city.

Other mayors seemed enthusiastic about the potential project by Musk's Boring Company, but many Floridians were quick to point out how shallow the water table is in the state's swampy south.

Jennifer King will become the first full-time Black female coach in the NFL's history when the Washington Football Team promotes her to offensive assistant, US media reported Thursday night.

King, who played for three professional women's gridiron teams including the D.C. Divas, has spent the past season as an intern with Washington, helping out with the club's running backs.