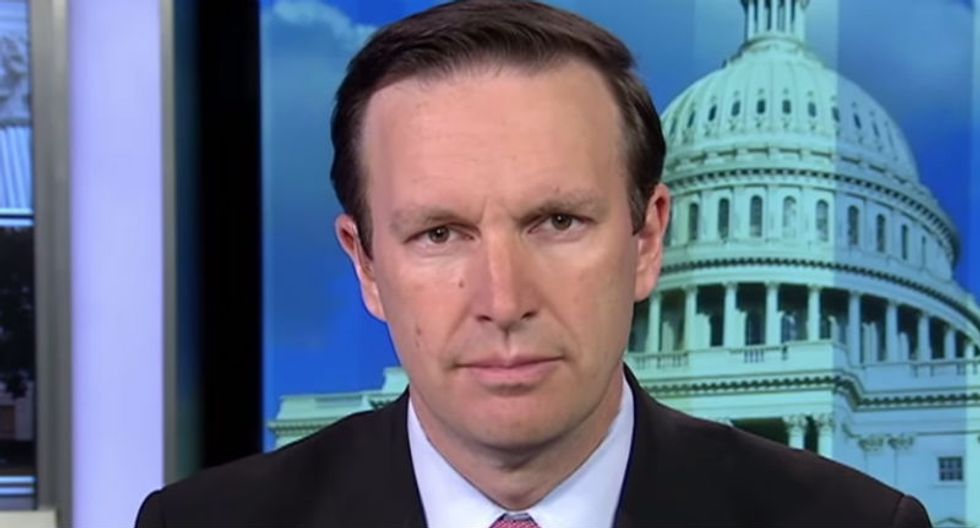 In spite of their "thoughts and prayers," Republicans in Congress issue a "quiet, unintentional endorsement" of mass shootings by failing to take proper action to stop shooters from acquiring deadly weapons, a Connecticut senator noted in the wake of the Florida high school shooting on Wednesday.

"I don't feel helpless," Sen. Chris Murphy (D-CT) told MSNBC host Chris Hayes. "The responsibility for this lies in our hands. It is Congress that has applied a kind of quiet unintentional endorsement to the murders."

Murphy, who once ended a 15-hour filibuster with with an anecdote about a teacher killed in Newtown, Connecticut's Sandy Hook Elementary massacre, went on to describe the patterns of the mass shootings.

"These are copycat killings," the congressman said. "It used to be there was a greater diversity of weapon used. Not anymore — it's an AR-15 every single time. There's a deadliness to the weapon that's unique."

"By doing nothing about it, by refusing to have a debate about criminalizing the purchase of these weapons, we're sending this just very strange perverse signal to these unhinged young men who are contemplating these crimes of violence," Murphy continued, "that if it comes with no condemnation from the highest levels of government, then maybe they're green lighted."

He went on to say the he knows "that's not what my colleagues mean to do, but people listen to what we say and do."

"When we do nothing," he concluded, "it has impact."