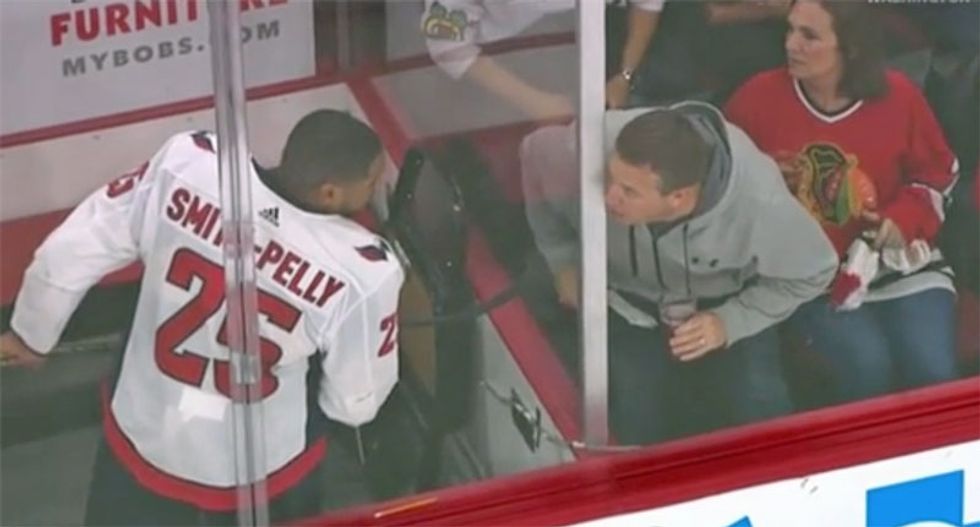 “Racist comments and other inappropriate behavior are not tolerated by the Chicago Blackhawks,” team spokesperson Adam Rogowin said.

“There’s absolutely no place in the game of hockey or our country for racism,” Capitals Coach Barry Trotz said after the game. “I think it’s disgusting, and there’s no place for it. Athletes in our country don’t deserve that. It just shows ignorance.”

The National Hockey League has declared the month of February is 'Hockey Is For Everyone' as a campaign to promote inclusion in the sport.