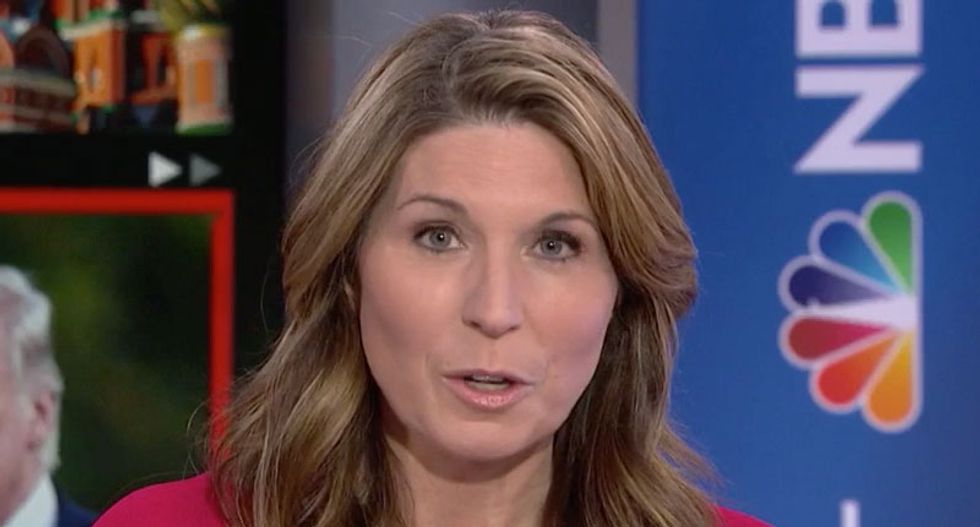 "I've heard this called an asymmetrical, psychological and electronic attack on the United States. Like 9/11...it used our own system on us," Brian Williams suggested.

"Yeah. General Hayden called this a political 9/11 when describing the scope and the impact and the fact it was something we hadn't imagined possible. That was part of why it was possible," Wallace replied.

"I talked to a formal federal prosecutor in contact with this White House who said he would make two things abundantly clear," Wallace reported. "Mueller took evidence to the Grand Jury and they returned 13 indictments.

"Donald Trump, I would be surprised and it would be foolish for him to continue to suggest that this is a hoax thinking that people don't understand exactly what the Russians were capable of doing when it comes to our democracy," Wallace noted.

"This source said to me, this is Bob Mueller sending a clear and loud message to the White House, that Bob Mueller is ending the debate on behalf of the intelligence community and the American Justice Department, on behalf of the FBI, about whether or not Russia meddled," Wallace continued.

Williams also questioned Wallace on her perspective after having served as White House communications director during the George W. Bush administration.

"If you're communications director in the White House, what do you think they'll say, and what would you counsel them to say?" Williams asked.

"So I don't even know if this communications director is acting as an adviser to the president, so I don't know who has the job of telling the president how to respond to news in this," Wallace admitted.

"In the White House I worked, I would be recused if that was me," Wallace noted.