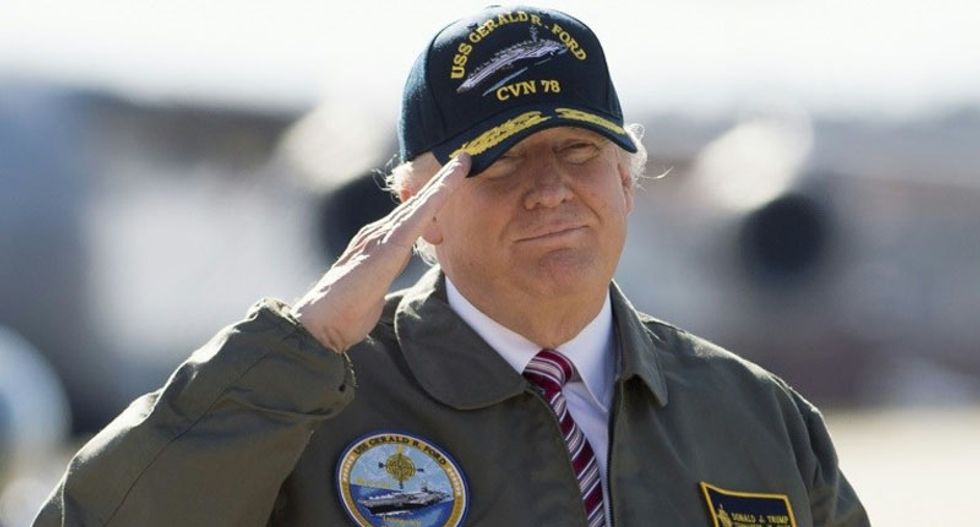 Does Donald Trump deserve to be ranked as the worst president in American history? On Presidents’ Day 2018, the newest entry in the presidential rankings genre said yes. Political scientists Brandon Rottinghaus and Justin S. Vaughan announced the results of a survey taken among members of the Presidents and Executive Politics Section of the American Political Science Association. The one hundred and seventy respondents replaced James Buchanan, located at the bottom in a similar survey four years earlier, with Trump; Buchanan was lifted one rank.

No sooner were the survey results published in the New York Times than Nate Silver tweeted a withering comment: “It speaks poorly to the field of presidential scholarship that political scientists have Trump ranked as the worst president of all time after only one year on the job, below presidents who, e.g., helped blunder us into the Civil War & Great Depression.” As one of the survey respondents who ranked Trump at the bottom, I want to address Silver’s complaint, which I argue below is ill-conceived.

To be sure, the presidential rankings game itself, now going back about seventy years, has inherent problems. First, criteria for evaluating presidents are seldom articulated; scholars are left mostly free to invent their own. Second, knowledge of each president is hardly comparable among scholars; most survey respondents are likely to know much more, for example, about Andrew Jackson’s presidency than about Zachary Taylor’s presidency. Third, there is little check on personal or partisan bias in these surveys, an obvious issue in any ranking of President Trump.

On the last point, Professors Rottinghaus and Vaughan have at least tried to account for partisan bias. Survey respondents were asked to mark whether they self-identified as Democrats, Republicans, or Independents. Partisanship, it turned out, did affect scholars’ rankings. Democrats placed Trump at the bottom (out of 44 presidents), well below Buchanan. Independents (whom Rotttinghaus and Vaughan said “skew somewhat to the right”) kept Buchanan at the bottom and judged Trump to be second worst. Not surprisingly, Trump did best among Republican scholars, but even they placed him fifth from the bottom. Trump’s overall placement at the bottom presumably reflects the fact that there are more Democrats among presidency scholars than there are Independents and Republicans combined.

Nate Silver does not consider the problems inherent in the rankings genre, but he does raise some legitimate issues in his comment. Other presidents have been judged for their entire administrations, but the Trump presidency is only one year old. James Buchanan indisputably was a terrible president whose actions contributed to the coming of the Civil War. Herbert Hoover was feckless in combating the Great Depression. Yet none of these points get to the basic issue in comparing Trump to presidents like Buchanan or Hoover: causal agency.

James Buchanan is implicated in the coming of the Civil War, but the sectional conflict over slavery was decades in the making, with the south precipitating the fatal break in response to Lincoln’s election. The Great Depression had far deeper causes than Herbert Hoover’s initial actions as president, and although his moves to counter it were ineffective, pulling the nation out of the economic slough was beyond even Franklin D. Roosevelt until World War II. (Moreover, several prominent revisionist historians have cast Hoover in a more favorable light.) Buchanan and Hoover performed poorly in the face of national crises, but they were not causal agents who created these crises or determined their outcomes.

The same cannot be said for President Trump. The damage he has done to the nation does not, at least to this point, compare in scope to the national calamities under Buchanan and Hoover, but that damage can be traced back to his causal agency, and almost entirely his alone. To take only a few examples: The refusal to acknowledge that Russia interfered in the 2016 elections and to take measures to prevent such interference in future elections is Trump’s doing. Withdrawing the United States from the Paris Climate Accord, leaving this nation as an international pariah in the face of a frightening threat to the planet, is Trump’s doing. The degradation of the presidency – a flagrant indifference to his broad responsibilities, a failure to study public policy, a constant stream of insults hurled at an astonishing array of targets (and much more) – is Trump’s doing. At the 2016 Republican National Convention, Trump proclaimed about a nation that he alleged was in crisis under President Obama: “I alone can fix it.” The bottom ranking by political scientists seems to reflect a judgment that he has smashed things rather than fixing them.

Because it was only the preponderance of Democrats among presidency scholars answering the survey that led Trump to be ranked as the worst president in American history, maybe that judgment deserves an asterisk by it. But even the independents and Republicans in the survey found little to admire in Trump—a telltale sign beyond partisanship. Like President Nixon, the crises that President Trump has brought on the nation are fully of his own making. Nixon, though, had some strengths as president that have leavened his negative standing in surveys since Watergate. So far, Trump has not given any sign of such strengths.

Bruce Miroff is a Professor of Political Science at the University at Albany, SUNY and the author of Presidents on Political Ground (2016).

This article was originally published in History News Network