'Burn her': NRA spokesperson Dana Loesch claims she needed guns at CNN town hall because they wanted to kill her 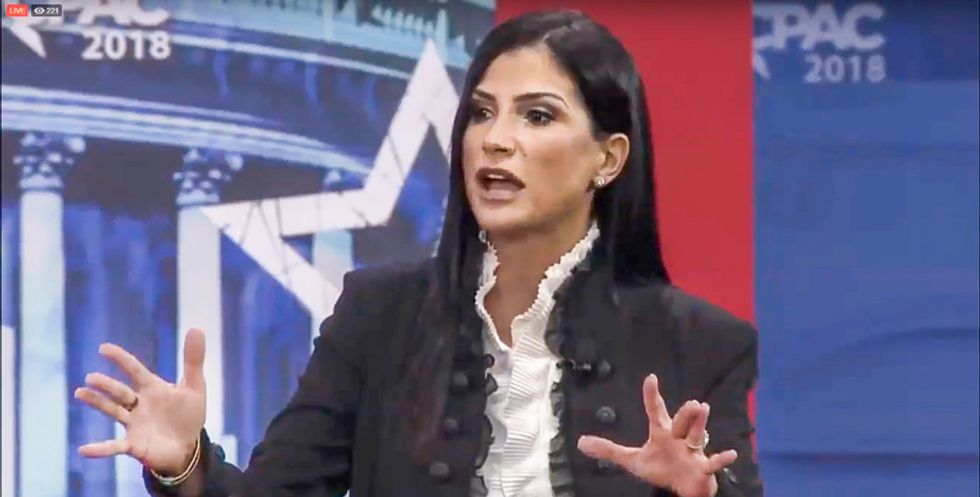 NRA spokesperson Dana Loesch on Thursday accused the mainstream media of "loving" to making money off of mass shootings and "crying mothers."

Speaking at the 2018 Conservative Political Action Conference, Loesch noted that she had participated in a CNN town hall after the school shooting in Parkland, Florida that left 17 dead.

"Many in the legacy media love mass shootings," she charged. "White crying mothers are ratings gold."

"I call B.S.," Loesch added, mocking a line from Parkland shooting survivor Emma Gonazlez. "I represent 5 million plus members [of the NRA], average everyday Americans, moms and dads. They do the school run, go to the grocery story, they're students, they're hunters. They are people like me who simply don't want to be assaulted in the parking lot if we go to the grocery store to buy a gallon of milk at night!"

Before finishing her remarks, Loesch revealed that she needed armed guards to safely exit the CNN town hall.

"You heard that town hall last night, they cheered the confiscation of fire arms," she explained. "And it was over 5,000 people. I have to have a security detail to get out. I wouldn't have been able to exit that if I did not have a private security detail. There were people rushing the stage and screaming 'burn her.'"

Watch the video below from CPAC.