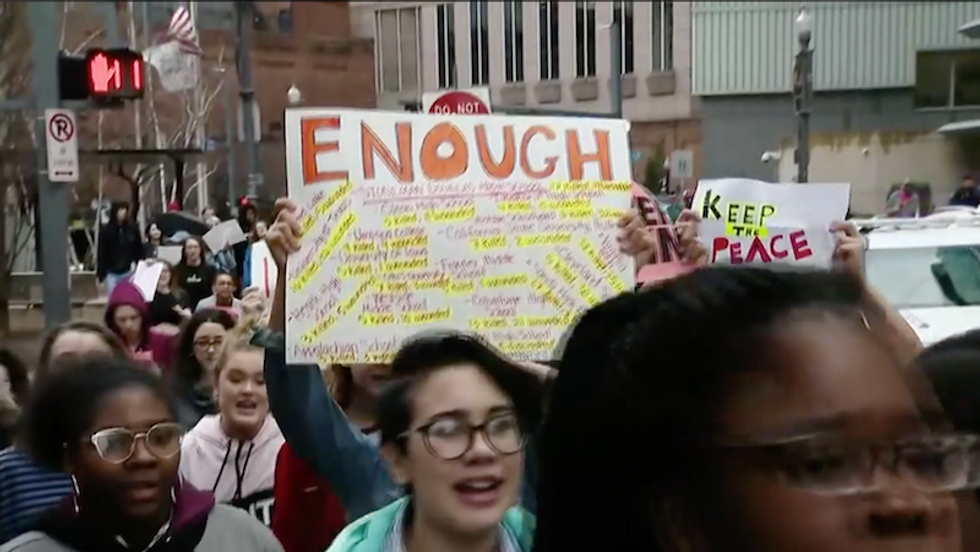 Pittsburgh high school students who walked out in protest of the Parkland massacre will be disciplined for thee act, the local daily reports.

About 100 students at the Pittsburgh Creative and Performing Arts magnet school will receive detentions for "leaving class."

The students walked out of the school during their lunch hour, chanted, and marched to a pedestrian square where they silently locked arms for 17 minutes, one minute for each life lost in Parkland. The students will now receive a one-hour after school detention, but the school threatened suspensions for any other walk-outs.

"We care about every one of our brothers and sisters that were shot and killed that day, and that put their lives on the line to protect their peers. Those are the true American heroes," said student Nia Arrington. "The American heroes are not the legislators who are sitting behind their desks like cowards and continuing to let this happen."

After the 17 minutes of silence, the students took turns talking, often through tears, pleading for politicians protect them instead of gun-owners.

Here are videos shot by a TV reporter on the scene.