'We are doing Putin's job for him': McCain shreds GOP for 'partisan side show' on Nunes memo 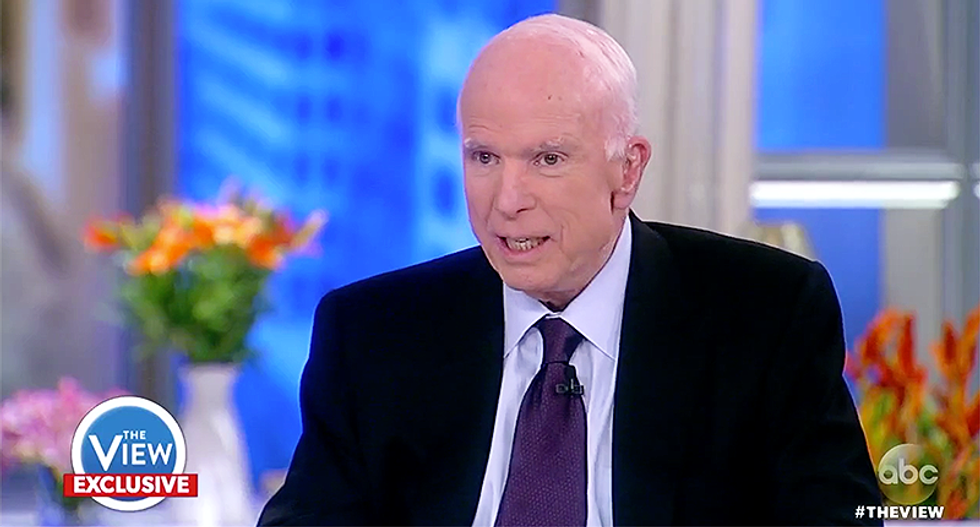 Sen. John McCain (R-AZ) hammered his own party on Friday for launching partisan attacks on the FBI and the Department of Justice.

McCain began by recounting what Russia's government did to American democracy two years ago.

"In 2016, the Russians engaged in an elaborate plot to interfere in an American election and undermine our democracy," McCain said in a prepared statement. "While we have no evidence these efforts affected the outcome of our election, I fear they succeeded in fueling discord and dividing us from one another."

McCain then tore into his Republican colleagues to seemingly ignoring this threat and starting a war with America's law enforcement agencies.

"The latest attacks on the FBI and Justice serve no American interests -- no party's, no president's, only Putin," he said. "The American people must know all the facts surrounding Russia's ongoing efforts to subvert our democracy, which is why special counsel Mueller's investigation must continue unimpeded."

McCain concluded his statement by accusing President Donald Trump of creating "partisan side shows" to distract from the investigation -- and he said that if Republicans keep launching partisan attacks on American institutions, then "we are doing Putin's job for him."