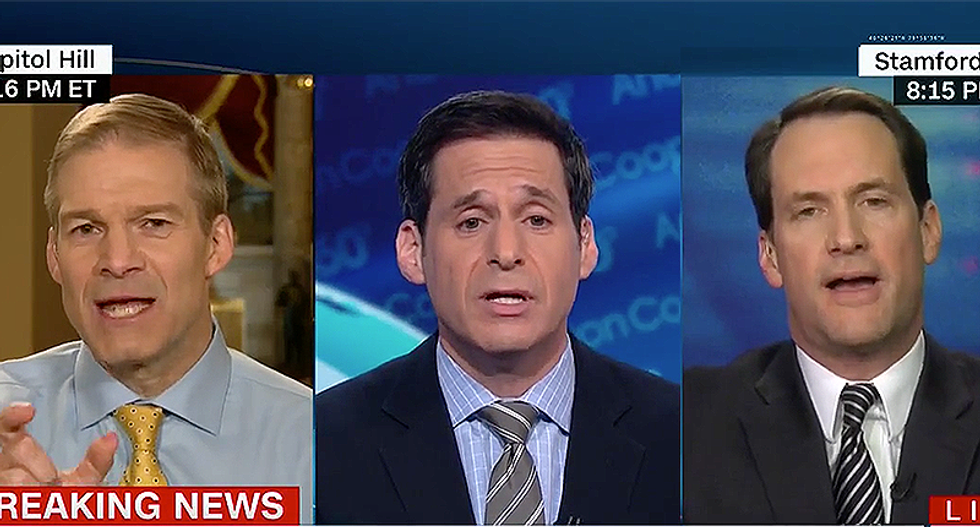 "That's not what he said," Himes recalled. "I heard him."

The GOP seems to be lying about the testimony McCabe gave because it can't be fact-checked. According to Rep. Jackie Speier (D-CA) the testimony is still considered classified. However Democrats that were present, including Speier and Himes are both saying that McCabe did not say what Nunes is quoting.

Jordan claimed that McCabe confirmed that the Steele dossier was wrong.

Jordan maintained that McCabe said exactly that under oath.

"He referred to part of the dossier," Berman said. "And I think we all know what part they were referring to. He told people behind closed doors unless he told you."

Berman went on to emphasize that the Nunes memo only said that the Steele dossier was only "minimally" corroborated. Jordan tried to claim that the fact that the dossier mentioned Russia and Carter Page were the only correct things and the rest of the dossier was a lie.

"They got the fact that Russia meddled," Berman noted. "McCabe testified before the committee that no surveillance warrant would have been sought without information there. Did Andy McCabe say there would have been no warrant without the dossier?"

Jordan tried to claim "everyone knows the dossier was the basis for getting the warrant."

Jordan refused to cede his point and that's when Berman brought in Himes. It devolved into a two-part interview of chaos from there.