Republicans to pick candidate for vacant Arizona US House seat 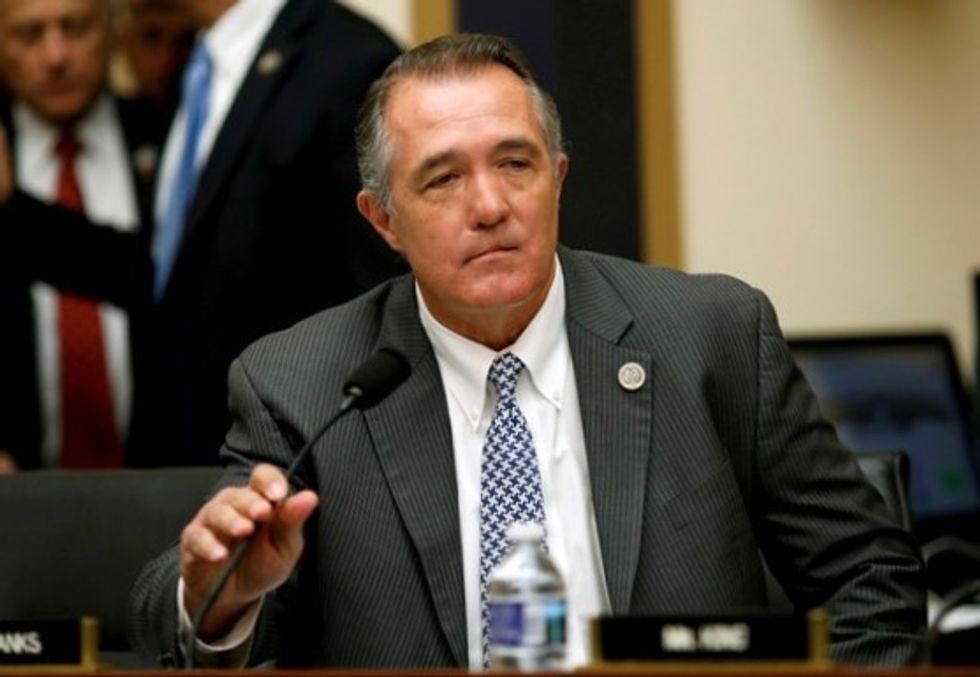 Voters in Arizona go to the polls on Tuesday in a crowded special Republican primary to pick the likely replacement for a former U.S. representative who resigned amid sexual misconduct allegations.

A dozen candidates are vying for the Phoenix-area House of Representatives seat vacated by Republican Trent Franks in December after he said two female staffers complained he had discussed with them his efforts to find a surrogate mother to bear his child. He denied any wrongdoing.

Former state Senators Steve Montenegro and Debbie Lesko are the front-runners for the party's nomination in what has long been a Republican stronghold. Analysts said the winner of the Republican primary would be heavily favored to win the April 24 general election.

Last week, Montenegro, a married minister and Franks’ former district director, was accused in media reports of having a text relationship with a state Senate staffer that included her sending a topless photo to him in November.

Montenegro, who resigned from the state Senate in December to run for Congress, has denied he acted inappropriately. Reuters has not confirmed the report.

Lesko became embroiled in controversy over moving $50,000 garnered from her state Senate race to a political action committee that backs her congressional campaign. She said the move was legal.

“This race unfortunately has lived down to everyone’s expectations with all of its scandals,” said Stan Barnes, a Republican political consultant. “I think this is going to come down to who has offended voters the least.”

Barnes said the recent developments would have an impact but be blunted by the fact that a sizable number of people had already cast ballots in early voting.

A poll last month from OH Predictive Insights had Montenegro and Lesko tied with 21 percent of the vote, followed by Lovas with 12 percent.

Vying for the Democratic nomination on Tuesday are emergency room physician Dr. Hiral Tipirneni and Brianna Westbrook, a transgender woman who has advocated for anti-discrimination protection for gays.