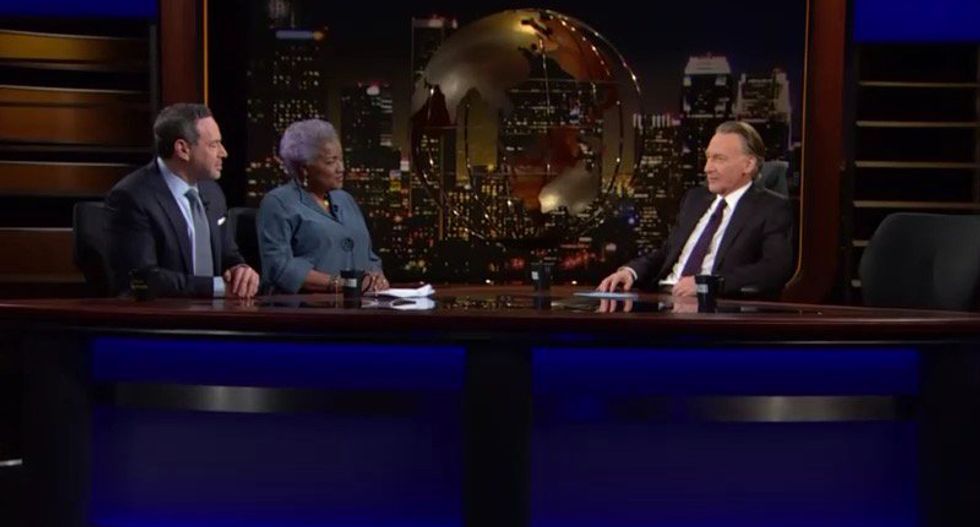 Bill Maher's political panel couldn't help but focus on on what they called the absurdity of Rep. Devin Nunes' (R-CA) memo released Friday.

"When you look at this memo, what you see is this really is the C-Team," David Frum joked. "America is entitled, at this point, to expect high quality artisanal obstruction of justice. And it's getting this mass-produced junk."

Former Democratic Party chair Donna Brazile said that she asked Maher's staff to print the memo for her and called it "all bulls*t."

Frum said that the memo is nothing more than a stone thrown in the pond to distract "for Hannity to hold up to declare Trump is innocent.

Maher said that he hoped that some of the non-partisan investigators to shut down the criminality to no avail.

"There is a fine line between being an enemy of the 'Deep State' and just an enemy of the state," Maher said. He noted he was shocked that he would be defending the FBI and other intelligence.

"We've been looking for an adult for a long time," she continued. "We're the adults!"

Frum said that the GOP is complicit but that they're being dragged along like hostages" as Trump is functioning "in sheer self protection."