Ret. major general pens jaw-dropping damnation of Trump parade: 'We do not have a commander in chief right now' 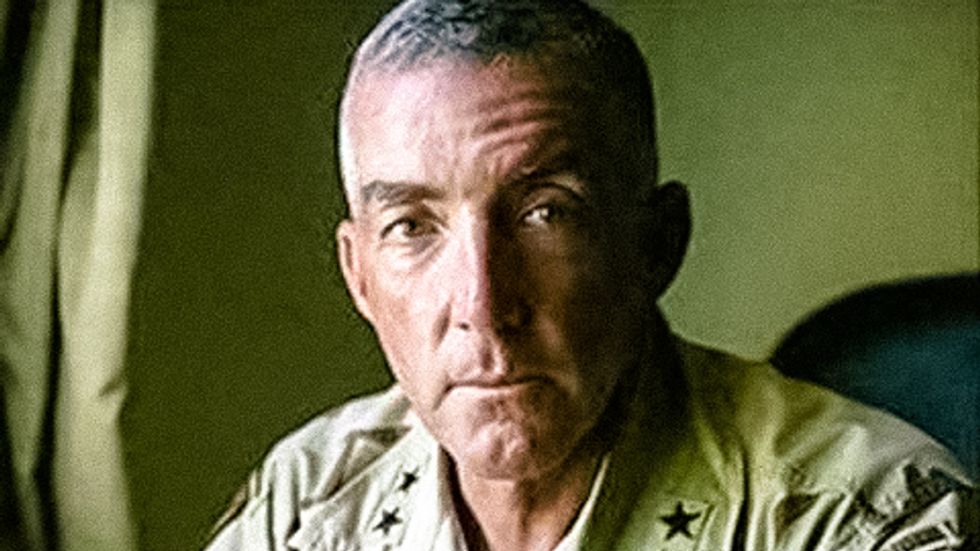 Retired Major General Paul Eaton on Wednesday responded to the news that President Donald Trump has asked the Pentagon to begin preparing for a military parade to celebrate the country's service members and fighting hardware.

"Donald Trump has continually shown himself to have authoritarian tendencies, and this is just another example," the statement from Eaton said. "For someone who just declared it was 'treasonous' to not applaud him, and for someone who has, in the past, admired the tactics of everyone from Saddam Hussein to Vladimir Putin, it is clear that a military parade isn't about saluting the military -- it's about making a display of the military saluting him."

"The military is not Donald Trump's to use and abuse in this way," the retired major general continued, insisting that the U.S. military would not be "reduced to stagecraft to prop up Donald Trump's image."

"Unfortunately, we do not have a commander in chief, right now, as much as we have a banana republic strong man," Eaton concluded.