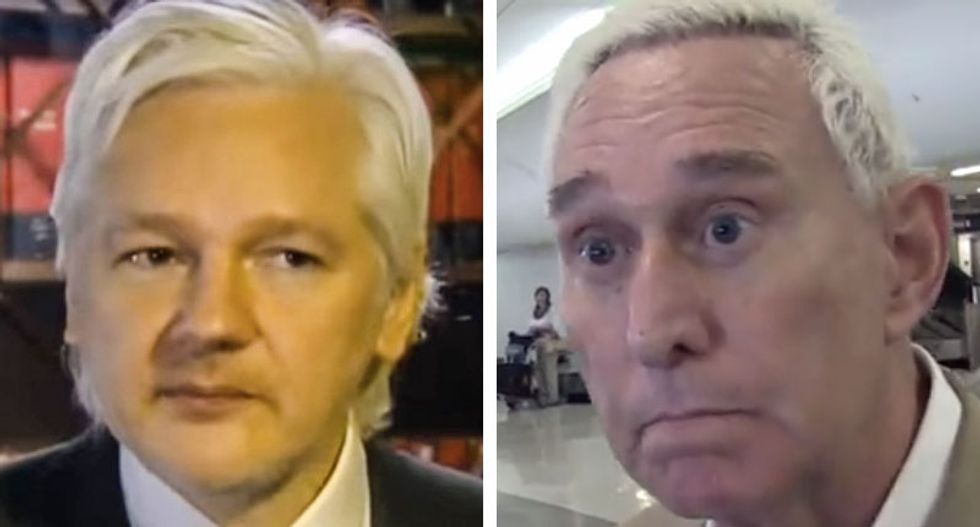 WikiLeaks communicated directly with longtime Donald Trump associate Roger Stone on October 13, 2016, and tried to maintain a channel of communication with him after the 2016 presidential election—directly contradicting statements by WikiLeaks and Stone, the Atlantic reports.

@kyletblaine WikiLeaks & Assange have repeatedly confirmed that they have never communicated with Stone. Why did CNN not include this fact?
— WikiLeaks (@WikiLeaks) 1490045524.0

As the Atlantic’s Natasha Bertrand writes, Stone and Wikileaks exchanged private Twitter messages just before the 2016 presidential election, despite a March 17, 2017 public statement by WikiLeaks that the transparency organization never communicated directly with Stone. Stone likewise testified, under oath, that he only spoke with WikiLeaks through an “intermediary.”

Stone told the Atlantic he had provided the exchange to the House Intelligence Committee, though Bertrand reports the committee originally received screenshot of the exchange via “a third-party source.”

A copy of the conversation provided to the Atlantic ends the day after the 2016 presidential election.

“Happy? We are now more free to communicate,” WikiLeaks sent to Stone.

Read the full report at the Atlantic.