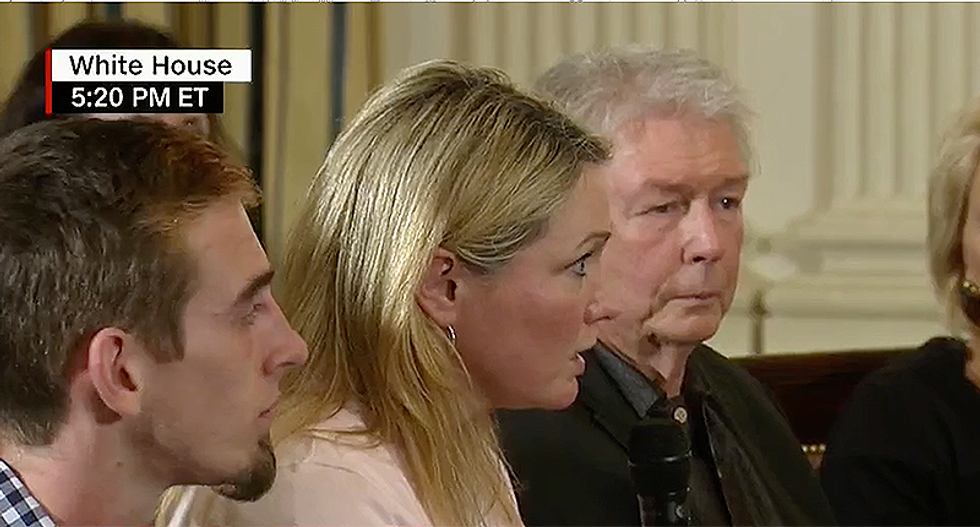 During Wednesday's White House listening session, President Donald Trump said that many of the mental hospitals have been shut down and that people aren't able to be taken in for evaluation. He suggested that there should be more mental hospitals to clearly catch the "mentally ill" who are shooting children.

Hockley grabbed the microphone to school the president on the reality of the mentally ill and those who commit these crimes.

"One point on the mental illness -- it is highly unlikely to ever commit an act of violence," she began. "It is a very small percentage. What we're really dealing with here is more of a lack of mental wellness. If this is around anger and fear, and that is not something that you can diagnose and put in mental health hospitals. This is more about funding for mental health services to then these individual that is are at risk especially when we think about suicide."

She explained that teen suicide is the number one killer of teens and the idea of mental health should be able to identify those youth that are at risk and who is having issues.

"I appreciate the point on arming teachers," she noted. "It is not personally something that I support. I would rather arm them with a knowledge of how to prevent the acts from happening in the first place."