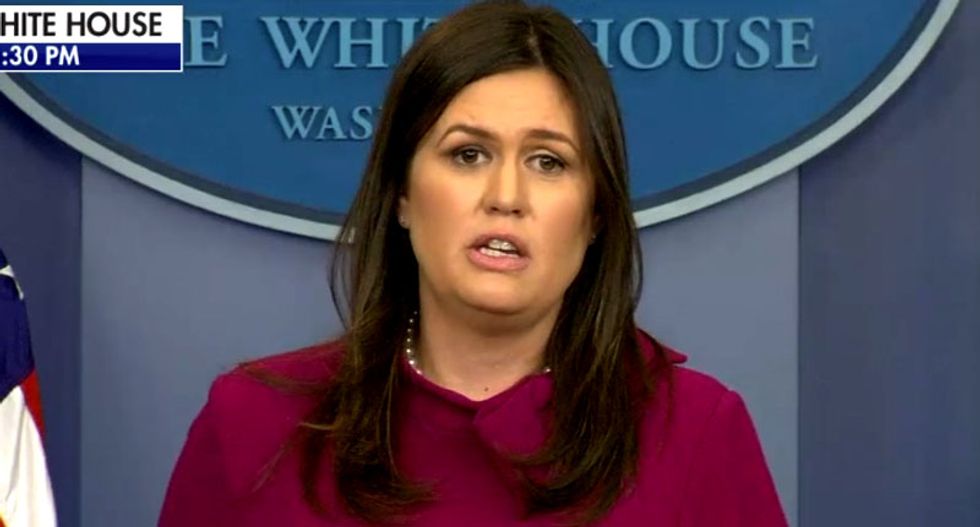 "The president hasn't said that Russia didn't meddle. What he's saying is it didn't have an impact, and it certainly wasn't with help from the Trump campaign. It's very clear that Russia meddled in the election," Sanders said during a press briefing.

But Karl asked Sanders if President Donald Trump really thought -- as he tweeted over the weekend -- that the FBI failed to stop a school shooting in Florida because it was preoccupied with investigation the Trump campaign's potential collusion with Russia during the 2016 election.

Sanders insisted that was not what Trump thought.

"Did he mistweet?" Karl shot back. "He said this is not acceptable. they're spending too much time to prove Russian collusion."

"I think he’s making the point that we would like our FBI agencies to not be focused on something that is clearly a hoax in terms of investigating the Trump campaign and its involvement," Sanders said.

"You just agreed that the evidence is that there the Russians interfered," Karl said.

"I said that the Trump campaign interfered and colluded with it," Sanders said.

"But the investigation is obviously about what Russia did and raises the question now that you've said the president agrees, the national security adviser says the evidence is incontrovertible, what is the president going to about it?" Karl asked.

Sanders insisted the Trump administration had "spent a lot of time" on cyber security and said Russia was not fond of the president's defense budget.

Sanders later claimed Trump "has been tougher on Russia than Obama was in eight years combined."