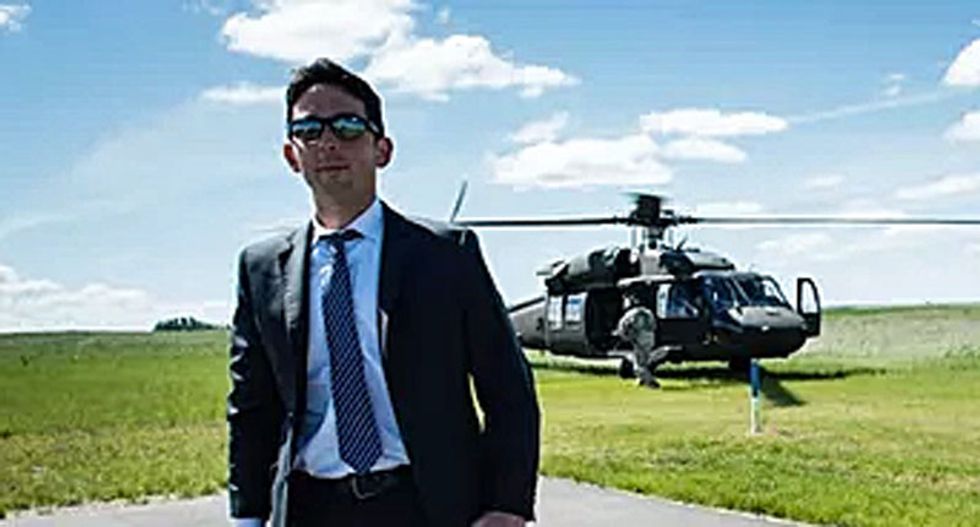 A former Supervisory Special Agent with the FBI who previously served as Special Assistant to former Director James Comey wrote a captivating New York Times column explaining why he was leaving the FBI in the wake of political attacks on the bureau.

"One of the greatest honors of my life was walking across the stage at the F.B.I. Academy and receiving my special agent badge from the director at the time, Robert Mueller," Josh Campbell explained.

"After more than a decade of service, which included investigating terrorism, working to rescue kidnapping victims overseas and being special assistant to the director, I am reluctantly turning in my badge and leaving an organization I love," Campbell explained. "Why? So I can join the growing chorus of people who believe that the relentless attacks on the bureau undermine not just America’s premier law enforcement agency but also the nation’s security."

"My resignation is painful, but the alternative of remaining quiet while the bureau is tarnished for political gain is impossible," he concluded.

Special Agent Josh Campbell will be missed at the FBI, but his voice is an important addition to the national conve… https://t.co/FZfCwF8Bz1
— James Comey (@James Comey) 1517629905.0

Campbell addressed the debate over whether defenders of the bureau should remain, or leave so that they can speak out.

"A small number of my current and retired colleagues have said that we should simply keep our heads down until the storm passes. I say this with the greatest respect: They are wrong," he concluded. "If those who know the agency best remain silent, it will be defined by those with partisan agendas."

"Political operatives are weaponizing their disagreement with a particular investigation in a bid to undermine the credibility of the entire institution," he continued.

"These political attacks on the bureau must stop. If those critics of the agency persuade the public that the F.B.I. cannot be trusted, they will also have succeeded in making our nation less safe," he claimed.