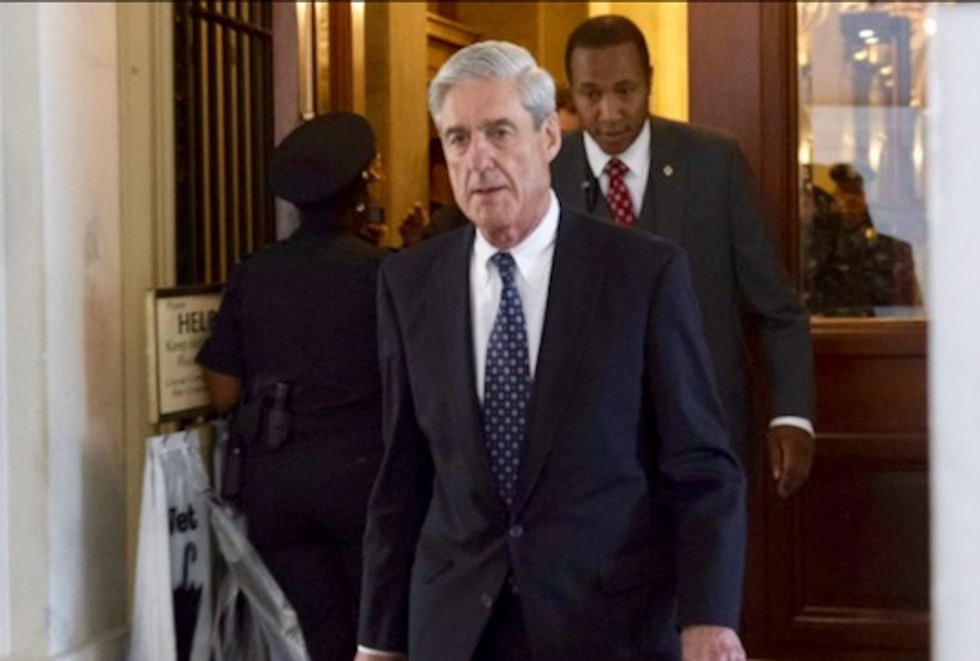 Robert Mueller, the Special Counsel overseeing the investigation into possible collusion between Russians and the Trump campaign in the 2016 election, continues to keep his cards close to his chest as his probe circles the White House AFP/File / SAUL LOEB

With the surprise indictment Friday of 13 Russians for meddling in the US election, Special Counsel Robert Mueller's investigation of possible collusion between Donald Trump's 2016 campaign and Moscow has entered new territory.

In the first charges directly related to the election, the indicted Russians were accused of running a secret campaign to tilt the vote, including by churning out online posts that were damaging to Trump's political rivals.

Deputy Attorney General Rod Rosenstein said however the indictments contained "no allegation" that any American was a knowing participant in the meddling, and that there was no judgment on whether the election outcome was affected.

Here is an update of where the Mueller probe stands, nine months after he was appointed.

The indictments so far show Mueller's team of investigators moving in multiple directions.

On October 30, he charged former Trump campaign chairman Paul Manafort, and Manafort's deputy Rick Gates, on money laundering-related charges arising from their work in Ukraine for former pro-Moscow president Viktor Yanukovych. That work, which ended in 2014, had no connection to the 2016 US election. Recent court filings suggest Gates is preparing a plea deal with Mueller.

Also on October 30, Mueller extracted a guilty plea from George Papadopoulos, a Trump campaign foreign policy advisor. The plea was to one count of lying over his contacts with Russians during the campaign, and made clear Papadopoulos was cooperating with the probe.

On December 1, Mueller announced a guilty plea by former Trump national security advisor Michael Flynn, also to one count of lying, about his conversations with then-Russian ambassador Sergey Kislyak. Flynn, who faces numerous other accusations, was also believed to be cooperating with Mueller in exchange for the single charge.

In addition to the conspiracy and identity theft charges announced Friday against the 13 Russians, Mueller unveiled identity fraud charges against Californian Richard Pinedo, who admitted to selling stolen bank and credit card numbers to the Russians.

The interviews have focused both on the possible collusion with Russian attempts to sway the election, and on Trump's alleged obstruction of the Mueller probe, including his firing of FBI director James Comey.

There is no sign yet of the investigation reaching an end. Mueller still wants to interview Trump himself, for one.

And his team is following other leads, apparently, such as financial connections between the Trump Organization, the president's real estate business, and Russia.

Mueller and Trump's lawyers have been in discussions for weeks over whether the president will speak to him, as both a witness and potential defendant. While Trump told journalists he is willing to do the interview, his lawyers are opposed, concerned that an unconstrained Trump could incriminate himself.

Mueller could subpoena Trump to appear before a grand jury, at which Trump could possibly claim his 5th Amendment right to remain silent. But that would be politically risky for the president.

Meanwhile Mueller's team, and his Justice Department overseer, Deputy Attorney General Rod Rosenstein, endure a daily barrage from Republicans accusing them of bias against the president.

The attacks, echoed by Trump and his lawyers, aim to discredit the investigation as a political "witch hunt." The effect could be, if Trump faces impeachment in Congress over the Russia case, to provide political cover to Republican lawmakers to support the president.