Sports host Jim Rome stuns listeners with rant on shooting: 'I know what is not the answer -- thoughts and prayers' 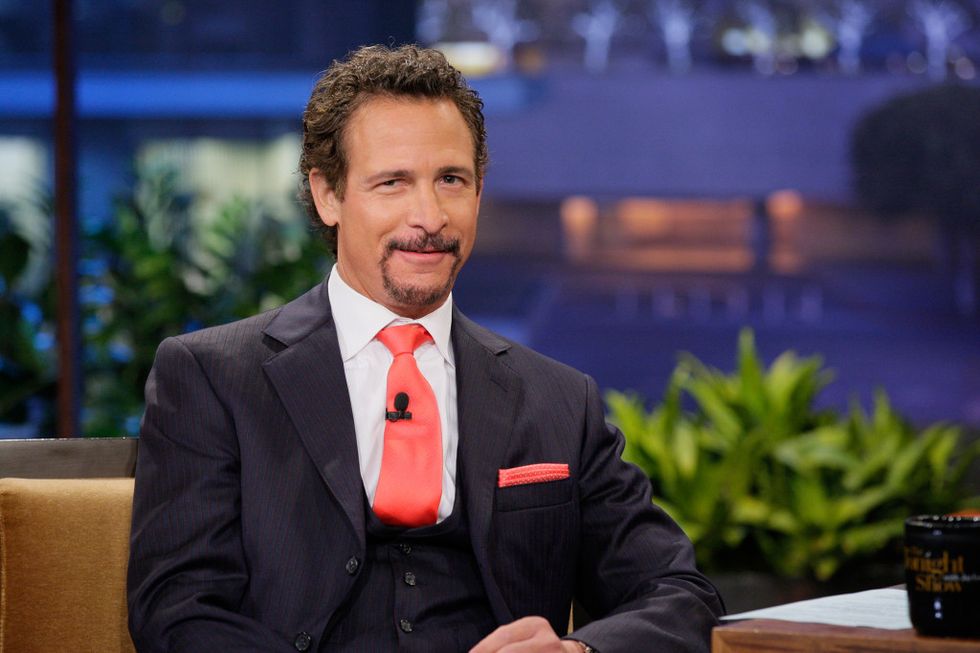 "This is a sports show," Rome said at the beginning his radio broadcast. "And everything I talk about here today pales in comparison to the murder of at least 17 people at Marjory Stoneman Douglas High School in Parkland, Florida. It's hard for me to care about the Lakers and the Pelicans or the Olympics or anything else in the world of sports."

Rome pointed to the remarks of Golden State head coach Steve Kerr, who summed up the shooting by slamming lawmakers who have refused to pass gun safety laws.

"We can do something about it," Kerr said. "We can vote people in who actually have the courage to protect people's lives and not just bow down to the NRA because they've financed their campaign. Hopefully we will find enough people with courage to help our citizens remain safe and focus on the real safety issues and not building some stupid wall."

Rome lamented the number of times he had been forced to discuss mass shootings on his sports show.

"The list goes on and on and on," he remarked. "And we all know what happens next. We know the drill because we've been here before. There's a mass murder in a school or a movie theater or at a concert. News crews set up, interviews are done, everybody says 'thoughts and prayers', we read about the people whose lives have been ripped away -- and then nothing changes."

"We say, 'never again,'" Rome said. "And then it happens again and again and again. How many times do we have to see this? How many kids need to be murdered in schools before we say enough is enough?"

Rome explained that he was focusing on the shooting instead of sports because he was not hosting "an ignorant show."

"I'm not going to sit here and say nothing because saying nothing and doing nothing leads to this happening again and again and again," the broadcaster insisted. "We've done nothing every single time and more and more people are dying. Our children are getting slaughtered."

Rome admitted that he did not have the solution to mass shootings.

"But I know what is not the answer: just saying thoughts and prayers," he said. "Something has to be done. This is not normal and we're allowing it to become normal."

Some of Rome's listeners suggested on Twitter that they had been caught off guard by the rant, but most approved.

Thank you @jimrome for using your platform to speak out against gun violence. @ImAdamHawk #biggerthansports
— Gage Peake (@Gage Peake)1518714579.0

“Our children are being slaughtered. I don’t know the answer. I know what’s not the answer: Saying ‘thoughts and pr… https://t.co/IvHJVsDJaE
— Bill Schammert (@Bill Schammert)1518714658.0

Kudos @jimrome for spending time on this senseless, pathetic gun violence. I am so angry, I can barely express myself on it.
— Jeffrey Parson (@Jeffrey Parson)1518714731.0