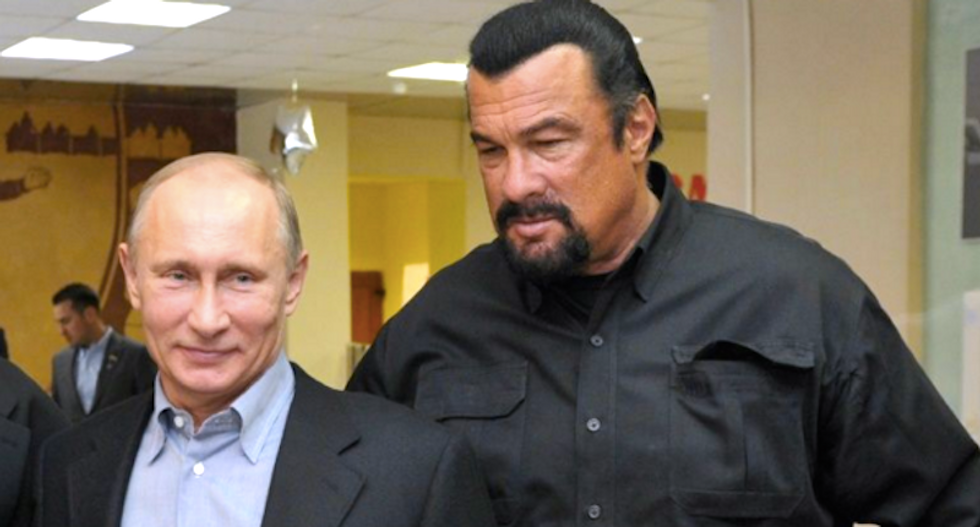 Gizmodo noticed Seagal tweet out a promotion for the company as it undergoes Initial Coin Offering (ICO) crowdsales.

Seagal doesn't clarify if he's being paid by the company or has been given any of the currency for the tweet, but he's signed on as the "worldwide ambassador."

The company describes itself as the place where people who missed out on Bitcoin can invest with "10x lower transaction costs."

Meanwhile, the Securities and Exchange Commission is cautioning investors against throwing their money into a potentially unlawful ICO. In November they specifically cited "celebrity-backed" ICOs.

The whitepaper from Bitcoinn 2Gen uses a kind of pyramid scheme-like structure and promises payouts to each level.

“Here is the opportunity where life does give the second chance,” the paper awkwardly states. Ethereum, a rival crypto framework to Bitcoin, is the one the new Bitcoiin is using.

The rest of the details are thin, but the site claims over 9 million investors have invested. They're being promised huge payouts.