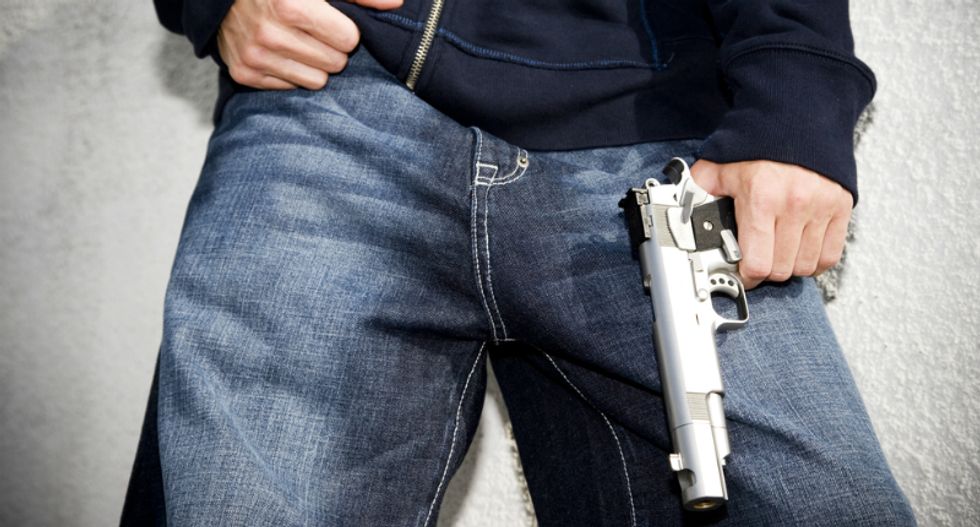 A young man holds a gun. (Image via Shutterstock.)

Three students at three separate high schools in North Texas were arrested for bringing guns to school the day after the deadly Parkland, Florida massacre that left at least 17 people dead.

A 16-year-old at Marcus High in Flower Mound, TX was found with "an unloaded, small-caliber handgun and ammunition," the Morning News reported. The South Garland student had an unloaded handgun, and the Plano West student also had a handgun.

None of the firearms were discharged, and there were no injuries after students reported all three students to their schools' Crime Stoppers programs.