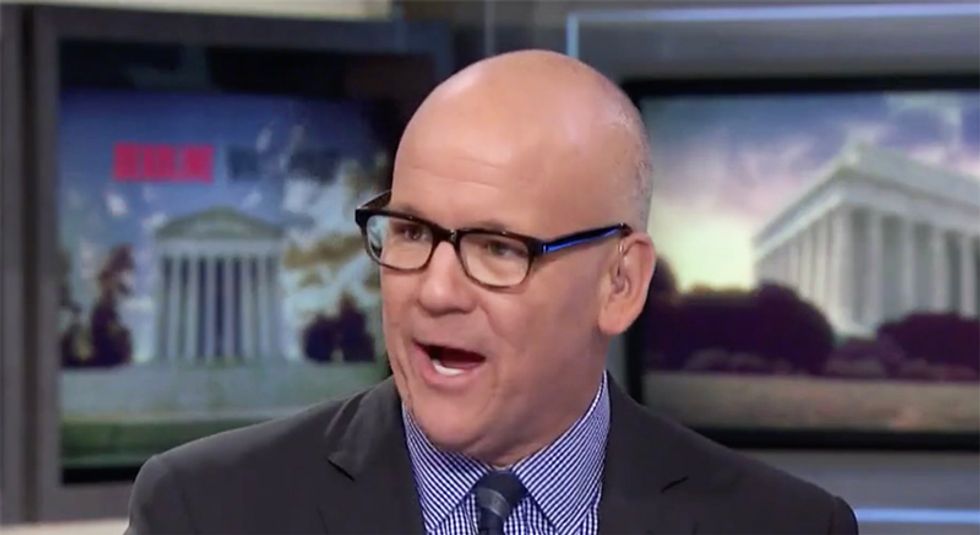 According to Heilmann, Ryan's decision to stand with Nunes and President Donald Trump means he's now on "Team Russia."

“It has clarified the extent to which Paul Ryan is now no longer on ‘Team USA’ or on even ‘Team old-Republican party,'” Heilemann said. “He is on ‘Team Nunes,' which means he is on ‘Team Trump’ which means, to some extent, they are all advancing, in some sense, the interests of Russia. This is what Russia wants here. I continue to be baffled by Ryan’s behavior.”

Heilemann continued, saying, "I find that utterly stunning. I did not think he would end up in this position."

Ryan's fall from grace is “utterly supine” and the speaker's actions are “utterly stunning,” according to Heilemann. He anticipates they will have “huge implications for the future.”

Republican panelist Bill Kristol noted the White House thinks the memo will likely be released, but he anticipated it would be a "dud" and has already “accomplished its purpose.” The controversy and the media attention has already “muddied the waters” so Trump can fire Deputy Attorney General Rod Rosenstein.

They concluded there is no length the GOP will go to at this point to save Trump and protect him from the Russia investigation.

While Nunes has defended his controversial memo, he has not gone so far as to stake his own reputation on it's veracity.