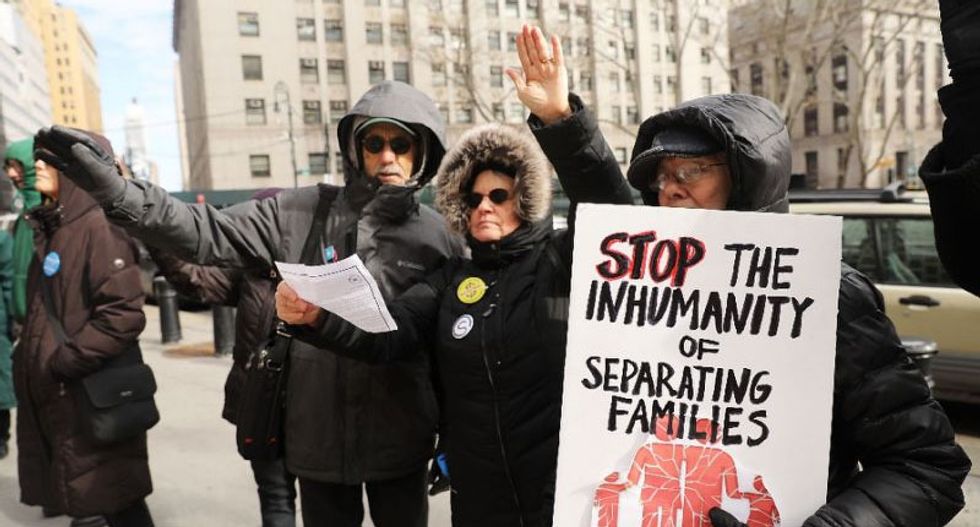 A New York activist for immigrant rights whose struggle against deportation got the backing of Mayor Bill de Blasio received a temporary reprieve Friday from US officials.

Ravi Ragbir feared he could have been arrested on Saturday again for deportation to Trinidad and Tobago, his country of birth which he hasn't seen in a quarter-century.

The reprieve came as Ragbir, backed by several activist groups, sued US immigration authorities for allegedly targeting those working to help immigrants.

They say such targeting violates free speech rights guaranteed under the First Amendment of the US Constitution.

As a result of the lawsuit, immigration agents agreed to defer any new arrest of Ragbir, said the New York Immigration Coalition, a migrants' defense group.

It is the latest court skirmish as the administration of President Donald Trump tries to clamp down on both illegal and legal migration.

"Like so many people who are living in this country under the threat of deportation, I know how important it is to raise our voices against the injustices in the system," said Ragbir, who is married to an American immigration lawyer and whose daughter is American.

"This lawsuit is not just about me, it is about all of the members of our community who are speaking out in our struggle for immigrant rights."

Scuffles erupted between his supporters and police after Ragbir, 53, was arrested on January 11 in the New York borough of Manhattan at his annual appointment with Immigration and Customs Enforcement.

He was held on the basis of a wire fraud conspiracy conviction in 2001, for which he already served his sentence.

Trump's administration has increasingly targeted those with any kind of criminal misdemeanor, in contrast to previous governments which prioritized deportation only of violent criminals.

In late January a judge ordered Ragbir's release, though he still faced deportation.

Ragbir is executive director of the New Sanctuary Coalition of New York City, a coalition of more than 150 faith-based groups that advocate for immigrant rights.

Hundreds of people mobilized to support Ragbir, and de Blasio, a Democrat and critic of Trump's immigration policies, wrote authorities this week to ask that Ragbir not be deported.