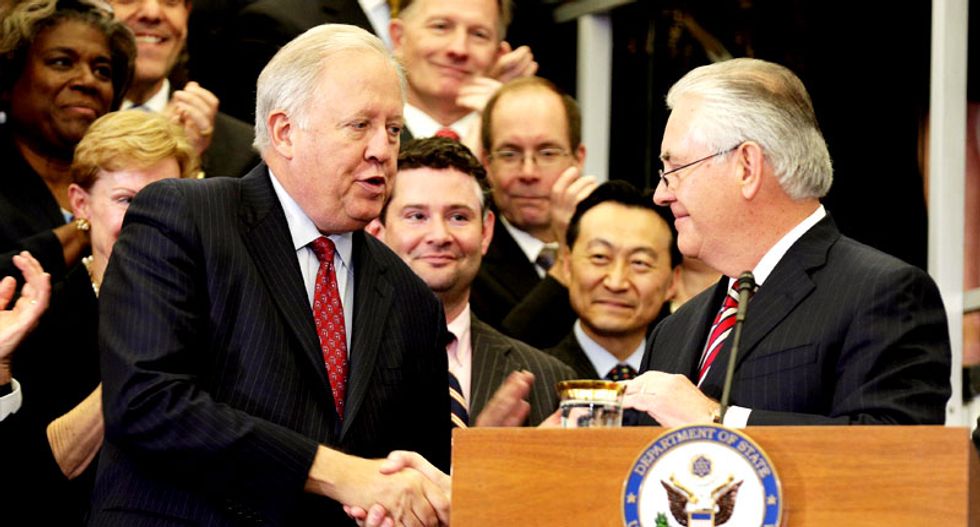 The U.S. State Department's third-ranking official, Tom Shannon, is stepping down from his post, the department said on Thursday, becoming the latest senior diplomat to exit since President Donald Trump took office a year ago.

Shannon, who serves as under secretary of state for political affairs, is the top U.S. career diplomat and has been a fixture among the nation's diplomatic ranks during more than 34 years of service. In a letter to department staff, Shannon, 60, said he was resigning for personal reasons.

"My decision is personal, and driven by a desire to attend to my family, take stock of my life, and set a new direction for my remaining years," Shannon wrote.

His departure deprives the State Department of a seasoned veteran at a time of pressing diplomatic concerns including the threat posed by a nuclear-armed North Korea.

Tillerson in November said he was offended by claims that the State Department was being hollowed out under Trump, saying it was functioning well despite scathing criticism from former American diplomats including Nicholas Burns and Ryan Crocker.

The forcing out of many senior diplomats, the failure to nominate or to win Senate confirmation for officials to fill key agency roles, and a perception that Tillerson is inaccessible have eroded morale, according to current officials.

Shannon's departure is part of a steady stream of senior career diplomatic officers to leave since Trump became president in January 2017. His departure was first reported by the Associated Press.

Trump kept Shannon on board when he assumed the presidency and must now appoint a successor who would need Senate confirmation.

(Reporting by Lesley Wroughton; Writing by Susan Heavey; Editing by Will Dunham)