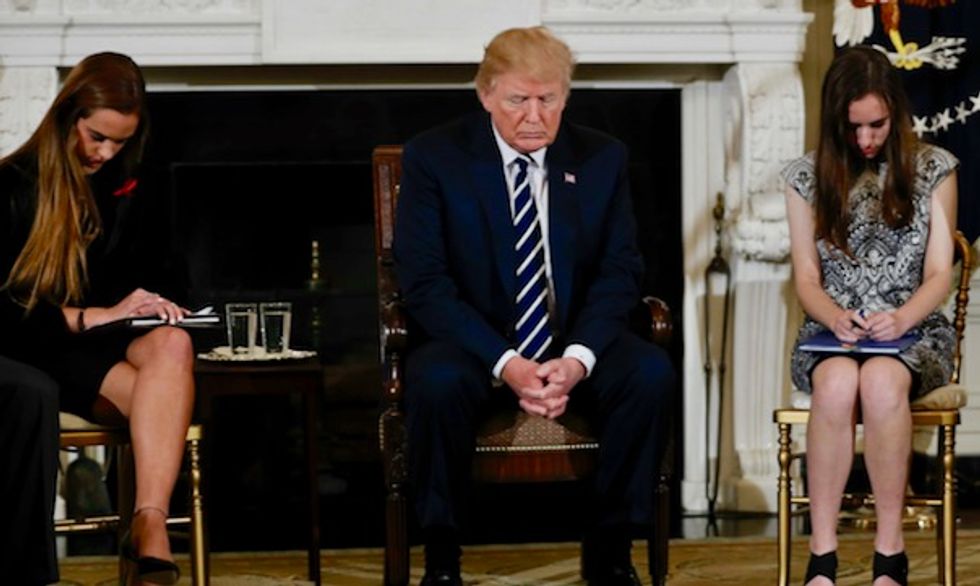 U.S. President Donald Trump bows his head during a prayer as he sits between Marjory Stoneman Douglas High School shooting survivors and students Julia Cordover (L) and Carson Abt (R) as the president hosts a listening session with high school students and teachers to discuss school safety at the White House in Washington, U.S., February 21, 2018 REUTERS/Jonathan Ernst

U.S. President Donald Trump said on Wednesday his administration would emphasize background checks and mental health in an effort to deal with gun violence in schools after last week's mass shooting at a Florida high school.

"We're going to be very strong on background checks, we're doing very strong background checks, very strong emphasis on the mental health," Trump said at a White House meeting with high school students, teachers and parents, including some from Marjory Stoneman Douglas High School in Parkland, Florida, where 17 students and educators were killed last week by a former student.