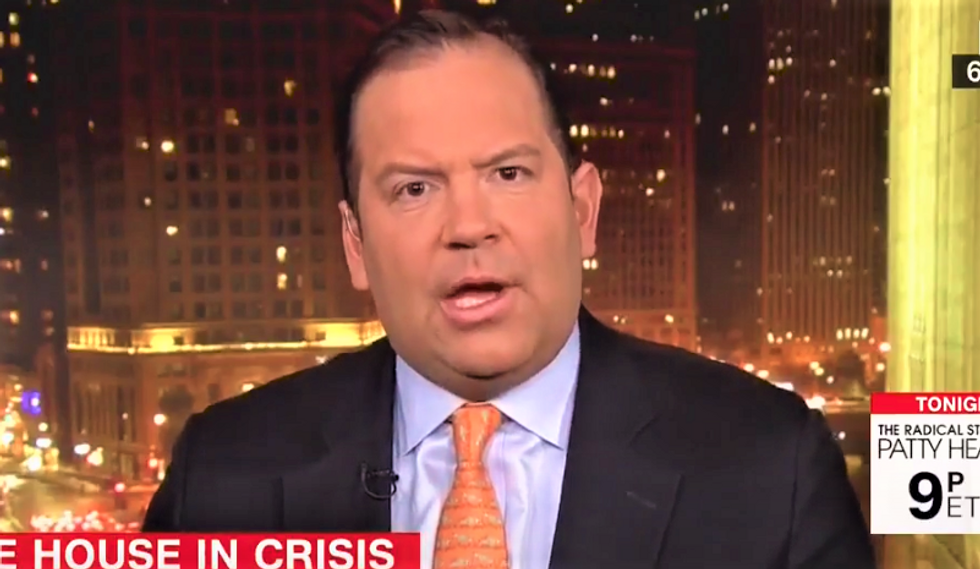 Former Trump campaign adviser Steve Cortes on Sunday tried to defend President Donald Trump's response to the resignation of a White House staff member who had been accused of beating two ex-wives -- but he ended up flailing wildly in a strange tangent involving Kellyanne Conway and Hope Hicks.

During a CNN panel discussion, Cortes admitted that Trump had done a poor job of talking about the Rob Porter scandal on Friday, as he said that Trump should have spent less time praising Porter and more time showing Americans that he was against domestic violence.

Host Ana Cabrera interrupted him, however, and pointed out that this kind of behavior is not unusual for the president.

"The president endorsed Roy Moore -- he was the man accused of child molestation," she said. "He has defended Roger Ailes, Bill O'Reilly, Corey Lewandowski. He implied that the women who accused him of assault and harassment weren't even attractive enough to sexually abuse! So when, again, has the president made clear that he finds violence against women abhorrent?"

Cortes replied that Trump's history of hiring and promoting women throughout his career should be enough evidence to settle any doubts that he doesn't approve of men who beat their wives.

"You know, he has made it clear through his life, by the way that he has elevated women throughout his business career," he said. "The first woman, Kellyanne Conway, to chair a successful presidential campaign. Hope Hicks, director of communications. Kirstjen Nielsen, the head of DHS... He has enabled and empowered women throughout his life, he has to convey the message better."