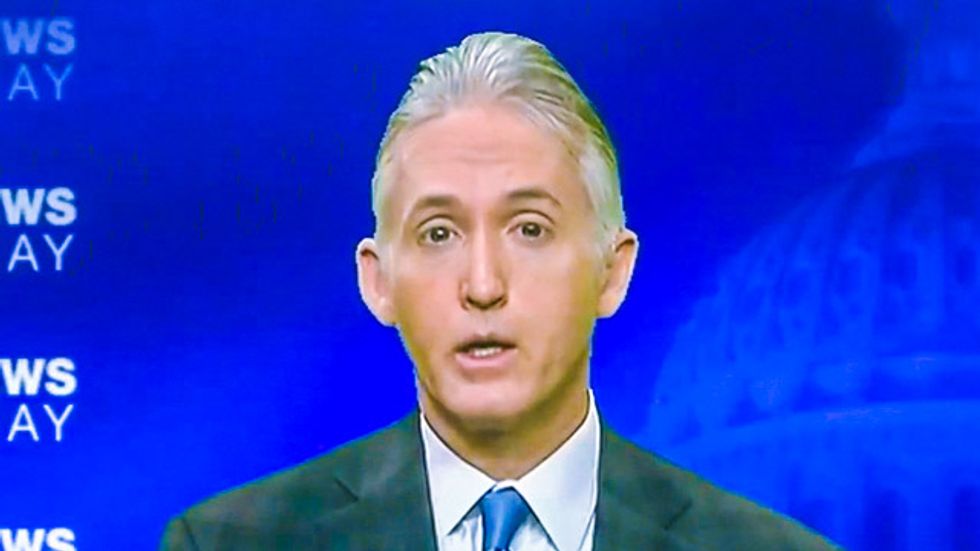 Rep. Trey Gowdy (R-SC) on Friday said that the memo written by Rep. Devin Nunes (R-CA) raised some concerns about the process by which FISA warrants are granted -- but he also made sure to emphasize that special counsel Robert Mueller's investigation is entirely legitimate.

"As I have said repeatedly, I also remain 100 percent confident in Special Counsel Robert Mueller," Gowdy wrote on Twitter. "The contents of this memo do not -- in any way -- discredit his investigation."

However, this statement did not sit well with fans of President Donald Trump, who angrily tweeted back at Gowdy that the Mueller probe must be completely disbanded on the basis of a partisan memo filled with cherry-picked information.

Read the top reactions below.

@TGowdySC how don't they? there never should have been an investigation. Mueller can't find nothing because there… https://t.co/ywbvDXcYLS
— SusieKAG🌟🌟🌟 (@SusieKAG🌟🌟🌟) 1517596697.0

@TGowdySC Wrong Mr. Dowdy—I respectfully disagree. The investigation was based on a lie and should end immediately!!
— Mama Cato (@Mama Cato) 1517596779.0

@TGowdySC How can the Mueller investigation be objective if Rosenstein, the man who appointed Mueller to investigat… https://t.co/mgCed3nWRn
— Mike Gowens (@Mike Gowens) 1517597256.0