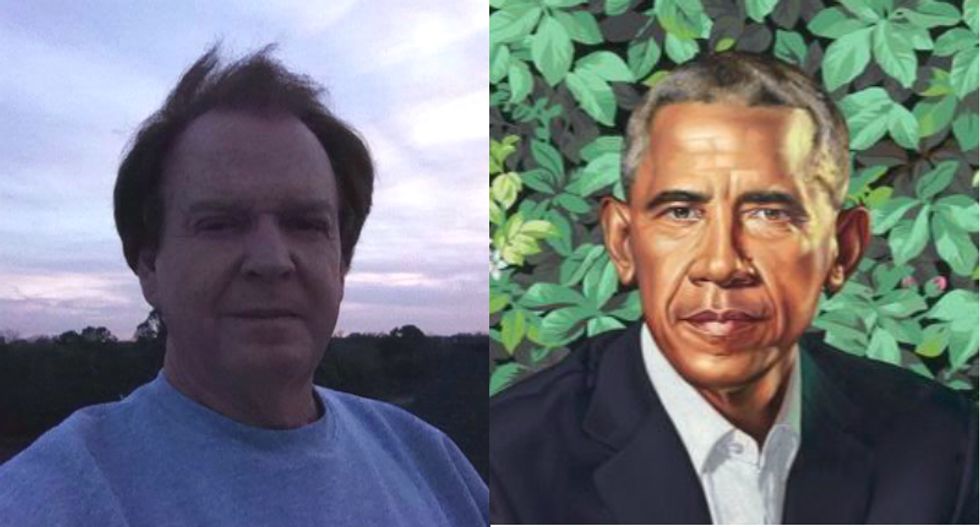 A Charleston, South Carolina real estate developer and member of the city's transportation committee is in hot water after a post calling former President Barack Obama a "Chicago street n**gger" appeared on his Facebook.

The State reported Wednesday that state legislators vowed to remove developer Bobby Miller from the committee after the post surfaced. Miller denied that he made the post, instead claiming his Facebook account had been hacked.

Sharing Obama's new presidential portrait painted by artist Kehinde Wiley, the post used the slur against the former president and also referred to him as a "Muslim bastard."

Responding further to the scandal, Miller, whose Facebook profile is filled with pro-Donald Trump posts, said he hasn't gone to a committee meeting since last August and is "completely out of politics."

Racist postings revealed dating back to Oct. Who would defend Bobby Miller? While giving him excuses for a bigot,… https://t.co/NrzgfZ8EjV
— Margie Bright (@Margie Bright) 1518637367.0